4 Things David Oyelowo Taught Me About Being Black 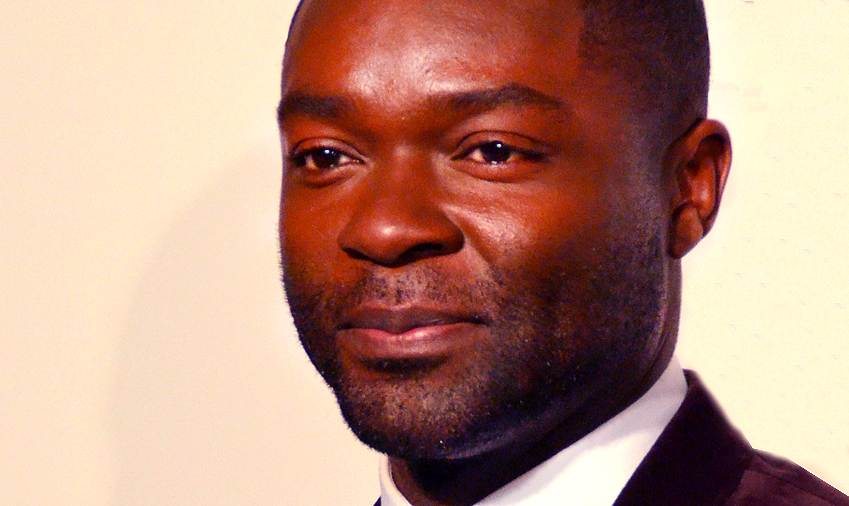 “As a black person both in the U.K. and in the U.S., I’ve faced challenges that contrive to make me feel lesser than I am. In the African-American experience, if you feel like the beginning of your history is rooted in slavery it messes with your sense of self, self-esteem, and self-worth.”

That’s what David Oyelowo said a few weeks ago on NPR’s Fresh Air. I immediately rolled up my windows and turned the radio up as loud as it would go. Hearing Oyelowo verbalize the sense of not-quite-measuring up that I struggle with on a daily basis, struck a chord with me. Because I often wonder:

• Am I even worthy of success?

And he pinpointed the source of my angst in his conversation with Terry Gross, the host of Fresh Air. During his interview, Mr. Oyelowo discussed his childhood being raised in the U.K. and Nigeria, how he’s navigated racism as an actor, and how he and his wife ensure that their children are culturally whole. Listening to his story taught me four things about myself and being black. First, we must be intentional in learning about our history.

1. We Must Be Intentional In Learning About Our History
For the most part, our education system is inept in teaching us to love ourselves. Growing up, I learned about slavery, the Civil War, The Emancipation Proclamation, and the Civil Rights Movement. But no one ever taught me about the greatness of my people like– Hannibal Ruler of Carthage, Cleopatra VII Queen of Egypt, Shaka-King of the Zulus –or about the royal blood running through my veins.

No wonder, I struggle with a sense of self! Because, I view my heritage through the lense of always being conquered and rescued. Chimamanda Adichie talks about the “The Danger of a Single Story” in her Ted Talk. We, as black people, must educate ourselves on our stories and rich heritage. Because, if we’re left with an incomplete picture, we fall prey to the “Minority Mentality.”

2. We Must Fight the “Minority Mentality”
Oyelowo shared how he was bullied growing up.  His British classmates called him a coconut, because they didn’t deem him to be “black enough.” He wore his uniform correctly, didn’t get into trouble with the law, and he was respectful to his teachers.

Now, I haven’t grappled with not being “black enough” for a long time. But I do struggle to reconcile myself to the Twice-As-Nice Rule. Growing up, my mother always told me “You are black and a woman. It is not good enough to be good, you must be twice as good as everyone one else.”

• You have to work twice as hard.

• You have to be twice as smart.

• And then, you might be seen as an equal.

But, I’ve realized that this mentality is rooted in an inferiority complex that’s been projected upon me and my people.

We don’t have to be twice as good.

We are not fighting to be twice as good as our Caucasian counterparts. We are fighting to be the best versions of ourselves. And that comes by hard work, dedication, and knowing who we are in Christ.

3. A King Deserves Respect
Oyelowo hails from a royal family in Nigeria, and his last name means: a king deserves respect. While hailing from a royal family has no financial benefits, he explained that it gave him a profound sense of self. “To know that you are a decedent of kings and that every opportunity was yours for the taking. It makes you get out of a bed in a very different way, than if you feel like today is yet another fight.”

Deep down, I guess I’m a little jealous of people that can trace their ancestral roots and the sense of purpose that comes along with that knowledge.  But, listening to Mr. Oyelowo’s interview reminded me that I am a descendent of The King—Jesus, and that alone qualifies me for success. In John 10: 10, Jesus says that “I came that you may have life and it more abundantly.” So despite being Black in America, being a daughter of The King means that all things are working together for my good.

4. We Must Love Being Black
From listening to David Oyelowo, I get the sense that he loves being both Nigerian and British. In fact, he and his wife are working to ensure that their children have an appreciation for their Nigerian-Scottish-British-American heritage. I think their strategy is working, because their children have taken to calling themselves “AfricanAmeriPeans.” The fact that his children identify with all their cultures is a testament to their love of self.

I’m learning to love being black, but it is a process. But I think the more and more we learn about our past- the good, the bad, and the ugly-the more we will learn to love and accept ourselves. Our people are strong. Our people are resilient. And we are overcomers.

So whenever me and my husband have children, I want to instill in them the same sense of pride the Oyelowos have in their own children. But, most importantly, I want them to know royalty is running through their veins.

Question: Do you ever struggle with self-doubt? If so, how do you manage it?

About the Author: Last year, Simone Boyd quit her job as an energy analyst to research and write about what makes relationships thrive or die. She interviewed 10 Christian, Black, Men to get their thoughts on relationships and wrote a free guide based on their advice. Simone is the oldest of eight kids and married to her husband, Morris–an only child. Say howdy to her on Twitter! She’d love to hear from you. Twitter: https://twitter.com/msimoneboyd

Leave a Reply to Julian B. Kiganda Cancel reply