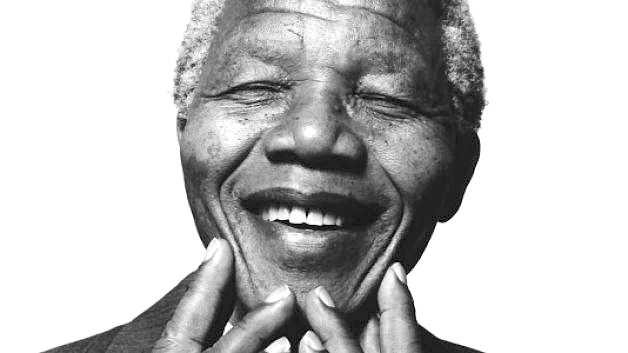 Although Nelson Mandela left this world in physical form on December 5, 2013, his larger than life spirit will live on forever in his beloved country of South Africa and throughout the world. When I heard of his passing, I immediately felt this overwhelming sense of grief—and just as quickly, smiled and said "Thank You” to a man whose life’s work, struggles and accomplishments gave him the right to finally rest in peace.

As South Africans mourn his passing, they celebrate his legacy and have been singing and dancing in the streets over the past few days. “He was a man who loved life and he would have wanted us to celebrate him in this way,” said one South African when asked about the celebrations. Indeed, in picture after picture that I have found of the beloved Madiba—as his countrymen affectionately called him—he was smiling. And that is the first lesson I learned from this gentle giant who changed the world with his resolve to fight for social justice, commitment to serving his people, and love for humankind:

1. Smile. Don’t allow external circumstances to make you lose your ability to smile, laugh and find joy in just being alive.
How many times do we lose our joy because of things beyond our control that ultimately impact our lives? I, for one, know that I have allowed people and things to steal my joy—and my smile—who absolutely had no right to. But I gave them that power. After 27 years spent in jail under harsh circumstances that could break anyone, Mandela walked out of jail smiling and waving to half a million supporters. Throughout his life, he continued to smile, enjoying a newfound lease on life and sharing his unconditional love and humor with humankind. What a better place this world would be if we all learned to smile and laugh more. Mandela urged us to: 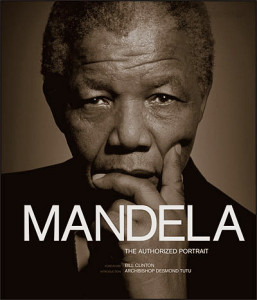 2. Love your enemies and work with them when necessary.
Even at the expense of losing support from some of his own people, Mandela literally and figuratively reached across the aisle and made a deliberate effort to work with his former enemies for the good of his country. He recognized that the development and progress of his country could only be achieved through collective action—even with people who had once oppressed him. As he said, “If you want to make peace with your enemy, you have to work with your enemy. Then he becomes your partner.” Often in life, we find ourselves at odds with individuals and groups who have different ideals than we do. It’s our job to figure out if working with them is necessary to better serve others, and if so, find common ground on which to build a platform for change.

3. Forgiveness is freedom.
“As I walked out the door toward the gate that would lead to my freedom, I knew if I didn't leave my bitterness and hatred behind, I'd still be in prison.” How many of us are living in our own self-imposed prisons because we hold on to bitterness that is not only poisoning our spirits, but our external surroundings. You cannot truly have peace until you’ve let go of past hurts—real or imagined. As the late Madiba so aptly stated:

"Resentment is like drinking poison and then hoping it will kill your enemies."

4. If you stay faithful, God will promote you in His time.
Who would have thought when Mandela was sentenced to life in prison on June 12, 1964 that he would walk out 27 years later only to eventually become the first Black leader of a nation whose bitter past he would work to heal? Would you stay faithful and optimistic that there was something better coming after so much struggle and hardship for five years, let alone 27? Indeed, if there’s one thing we can learn from this gentle giant, it’s that God will fulfill His promises in His time if we stay faithful to His purpose for us.

5. Never stop learning.
At the age of 70, and while still in prison, Madiba earned his Bachelor of Law degree through a University of London correspondence program. He believed that "Education is the most powerful weapon which you can use to change the world." Lifelong learning comes in many forms: to some, it’s pursuing a degree; to others, it’s learning a new language; and, still to others, it’s staying curious and actively seeking out knowledge to become a better-informed, more empathetic citizen of the world. Regardless of your age, you should never stop learning.

6. Your Purpose is not about you.
Mandela, in a rousing speech that was meant to be censored, but somehow made its way out to the world, proclaimed right before he was sentenced to life in prison for sabotage: “During my lifetime I have dedicated myself to this struggle of the African people. I have fought against white domination, and I have fought against black domination. I have cherished the ideal of a democratic and free society in which all persons live together in harmony and with equal opportunities. It is an ideal which I hope to live for and to achieve. But if need be, it is an ideal for which I am prepared to die." And throughout his life, Mandela continued to proclaim the understanding that, indeed, our time here on earth is about serving others first and foremost, and leaving behind a legacy that future generations can build upon.

Nelson Mandela's Speech, made on the stairs of the Cape Town City Hall, Febuary 11, 1990 the day of his release.

7. Do not allow obstacles to deter you from fulfilling your destiny.
Mandela believed that “Difficulties break some men but make others.” In life we encounter many challenges that can easily take us off track and blur the vision we initially had for our lives. In all his years in prison, Mandela’s inmates attested to the fact that despite the harsh conditions they encountered, this man of vision, remained determined, kind, and a leader even behind bars. When given the opportunity to gain his freedom by renouncing his stance on ending apartheid, he refused. He would not compromise his ideals for the easy way out. After his eventual release, he stated “There are few misfortunes in this world that you cannot turn into a personal triumph if you have the iron will and the necessary skill.” Words for all of us to live by.

8. Believe in your dreams.

“One cannot be prepared for something while secretly believing it will not happen.”

Mandela believed that his vision of a free South Africa would one day become reality. He dedicated himself so much to that goal, that he brought the rest of the world along with him. The anti-apartheid movement grew out of the collective efforts of individuals who believed in their dream of freedom—a dream that was represented by one man’s larger than life vision for his country. As with all great leaders, the end goal was more important than the obstacles to realizing it. What dream do you believe in enough to put everything you have behind it?

The greatest tribute we can pay to this man who made an impact on his country, his continent and humankind is to live out the rest of our own lives applying his universal ideals. For:

“There is no passion to be found playing small—in settling for a life that is less than the one you are capable of living.”
—Nelson Mandela

What lessons did you learn from Nelson Mandela?