You’re from Africa?! I Bet You had a Pet Zebra… 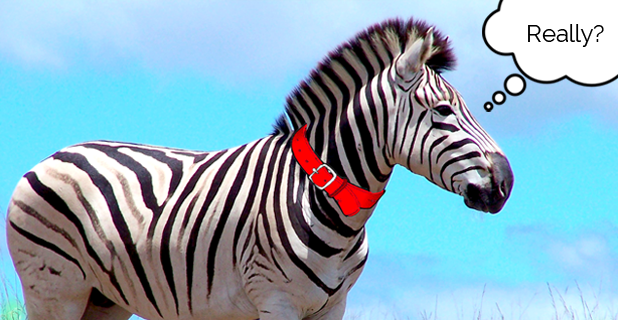 A couple of years ago, I was sitting on my front doorstep enjoying a beautiful day outside with my sister while our kids were running around my front yard. In mid-conversation, we were interrupted by my notoriously nosy neighbor—an older white man who stopped by to ask me to borrow something or other.

He sat down, uninvited, and inserted himself onto my stairs and into our conversation. Did I mention he had no tact? Doing my best to hide my annoyance (after all, the man cut my grass for free), I waited to find out what he needed. Instead, he caught me completely off-guard. The conversation went something like this:

Neighbor: “So what are you guys up to?”

Me: “Nothing much, just enjoying the weather.”

Neighbor: “So where are you guys from anyways?” (That was random.)

Me: “And you’re asking because?” (Translation: “Why is that your business?”)

Me: “Well, we’re actually from Uganda in East Africa.”

Neighbor: (Incredulous look.) “Wow! So I guess you guys probably used to run around with lions and had zebras for pets.” (I couldn’t make this stuff up if I tried.)

Neighbor: “I mean, isn’t that what people do in Africa?”

Me: (Sigh. Doing my best to avoid the neck-roll. I tilt my head to the side and respond…) “That’s pretty ignorant. You should know, first of all, that Africa is a continent made up of 54 countries. We have high-rises, and electricity, and even drive cars! I’m surprised you would say something like that. You should really be more informed before making those types of comments.”

At that point, he got up quickly and tried to backtrack on what he’d said, mumbling an incoherent half-apology (“I was only joking…”) while making his escape. But I couldn’t even be mad. He wasn’t the first, and probably wouldn’t be the last person who I had to school on Africa. Since kindergarten, I have been explaining to people from all walks of life why I don’t know Tarzan, and why contrary to popular belief, Africa is a continent, not a country. With all the information available on the Internet on every topic under the sun, there is no longer an excuse for continued ignorance about Africa or its people. But in 2013, that ignorance is still very much alive and well.

The stereotypes have always irritated me to no end, but rather than complaining about the problem, I’ve put my energies into doing my part to educate the public about Africa and Africans through culture, dance, advocacy and now, writing. The image of the continent as one of only wild animals, poor people and shanty towns won’t change overnight—the media has done a stellar job of distorting Africa’s image. But it’s up to us to change that perception by telling our own stories—and not just in the oral tradition, as cultural norms have dictated in the past. As one of my favorite African proverbs so aptly states:

“Until lions have their own historians, tales of the hunt shall always glorify the hunter.”

Consider me a historian.

What is the most ignorant thing anyone has ever said to you about your culture and how did you respond? Leave your comments below and let me know what you think.