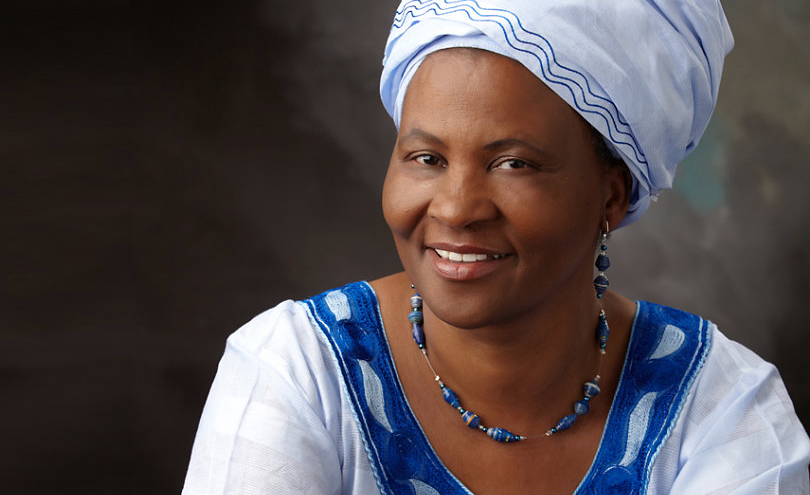 I first heard about Dr. Tererai Trent when I was working at a non-profit interested in booking her for a speaking engagement. I admit, I had never heard of her, even though her Wikipedia entry made it clear that I should have. What I didn’t realize at the time was that Tererai would become my new friend, hero, and source of inspiration. She’s taught me that in life, there is no room for excuses. We all have the power, regardless of our circumstances, to dream—and do—big.

Her story is also one that teaches us about the power of faith in action. Habakkuk 2: 2-3 (NIV) states, “Write down the revelation and make it plain on tablets so that a herald may run with it. For the revelation awaits an appointed time; it speaks of the end and will not prove false. Though it linger, wait for it; it will certainly come and will not delay.”
A Passion for Education

Tererai grew up in Zimbabwe at a time where the colonial system’s demand for “a men’s workforce” in the mines and factories perpetuated gender disparities in education. Women were expected to stay at home and take care of the family.

She taught herself to read by doing the homework of her brother, Tinashe. But by the age of 18, Tererai had birthed three children, and didn’t even have a high school diploma.

As fate would have it, in 1989, Jo Luck, who once served as President and CEO of Heifer International, visited her village and asked Tererai to share her greatest dreams. Those dreams involved Tererai traveling to the United States to obtain an education. And with her mother’s support, Tererai wrote down those dreams on paper, placed it in a tin can, and buried it in the ground—and the crevices of her heart.

Years later in 1998, Tererai moved with her family to Oklahoma where she eventually earned a bachelor’s degree in agricultural education. In 2003, Tererai received her master’s degree, and in December 2009, she obtained her doctorate from Western Michigan University. It was soon followed by a two-year commitment to work with Heifer International, which had sponsored her Ph.D.

Tererai, who was featured in the book Half the Sky, caught the attention of Oprah Winfrey who invited Tererai to appear on her show. Winfrey then surprised her with an award of $1.5 million to be used toward building a school in Zimbabwe. (Oprah eventually named Tererai her all-time favorite guest after 25 years of The Oprah Winfrey Show’s run on network TV.) 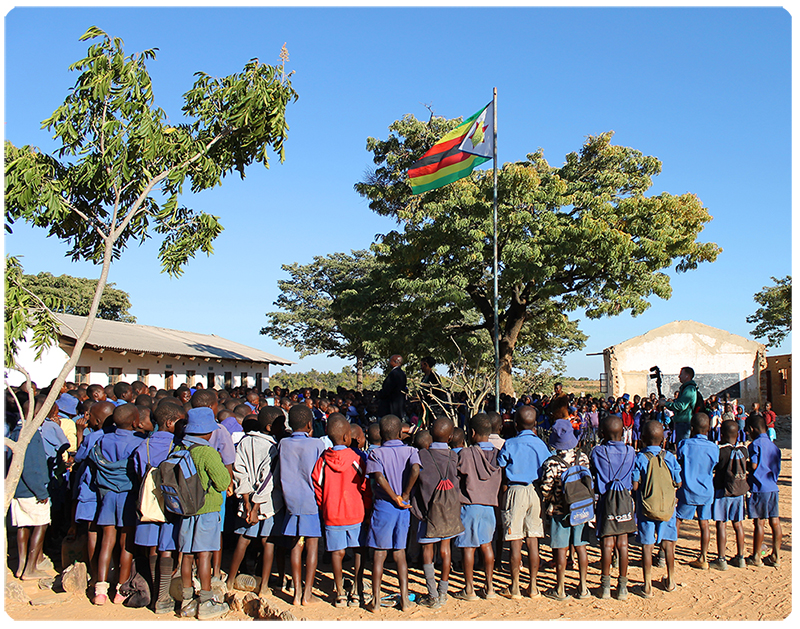 Upon return to Zimbabwe, Tererai began work on Matau—the public school that Tererai attended more than forty years ago. Matau’s infrastructure was falling apart due to Zimbabwe’s economic crisis.

She says,  “It lacked desks, chairs, books, and skilled teachers. On average, five children shared a math textbook and four shared a seat and desk. Most children completed a seven-year school-cycle without access to a single textbook. This is what led me to rebuild the school and to give back to my community by improving the lives of women and girls.” The dire statistics that might discourage some served to fuel Tererai’s dreams.

In 2011, Tererai founded Tinogona Foundation, now known as Tererai Trent International (TTI), whose mission is to provide universal access to quality education to children regardless of their gender or socio-economic backgrounds, as well as empower rural communities.

“Once, after a speaking engagement at The Agnes Irwin School in Pennsylvania, where I was addressing elementary school children, I wondered (as I often did), if I had made an impact on these young lives. I wondered if the young people had really grasped the depth of my message. And then a nine-year-old girl named Evelyn did something that would leave an indelible impression on me. This bright-eyed girl with a soft voice and amazing smile said to me, ‘can you wait here while I go and find the change in my backpack so you can build more schools?’ Those words affirmed for me that girls are powerful and together, we can change the world,” says Tererai. 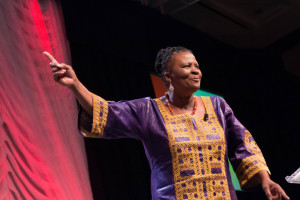 Today, with a total of four “unlikely” degrees under her belt, Tererai has an undying resolve to pay it forward, benefiting the community in which she grew up. “I am proof that educating girls can create a positive reaction in a community, and help break the cycle of poverty,” says Tererai. Alongside her quest to improve the quality of education in Zimbabwe, Tererai and her staff at TTI work tirelessly to increase employment, bolster the local economy, and build communities that can, and will, believe in themselves.

And as one of the most internationally recognized voices for quality education and women’s empowerment today, the dreams of this scholar, humanitarian, motivational speaker and now author (Tererai’s children’s book, The Girl Who Buried Her Dreams in a Can, goes on sale October 6, 2015) are ones in which we can all believe.

For more information on Tererai and to donate to her cause, visit http://www.tereraitrentinternational.org/.
Photos courtesy of Tererai Trent International

After learning her story, I could see why Oprah Winfrey named Dr. Tererai Trent as her favorite all-time guest on The Opray Winfrey Show. What woman in your life has left an indelible impact on you?

*This article was originally published on Bold & Fearless on May 20, 2015.

Shonda Smith is a freelance writer, editor, and event planner based in Brooklyn, New York, where she was born and raised. As a teenager, she was awarded the grand prize in the Barnard College Essay Contest for Young Women, and was published in The New York Times. For more than 15 years, Shonda honed her journalistic and event-planning skills at various organizations, including the Harlem Children’s Zone, Prince-Hall Publishing, and Girl Scouts of the USA. Her work has been featured in Honey Magazine, The Legislative Gazette, FemalesIntheNews.com, Writersandpoets.com, and more. You can also find her on her blog at ShondaFierce.wordpress.com and her online-based business, at WriteOnStrategies.com. Married to one of the smartest guys she knows, Shonda is also the doting mom of two beautiful children.