Georgia Douglas Johnson: A Powerful Voice of the Harlem Renaissance 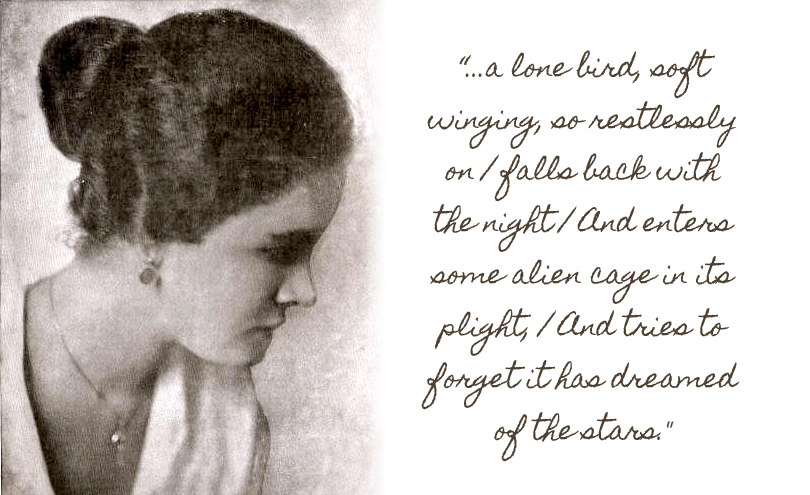 The first thing that comes to mind when I think of the Harlem Renaissance is Zora Neal Hurston. I immediately see that iconic picture of her from my grade school poster, “Heroes of Black History.” You know, the one where she’s wearing that gorgeous dark lipstick and her hat is slightly cocked to the side. To me, that was the Harlem Renaissance, in terms of women at least.

And although Zora was great, I know she wasn’t alone. The renaissance was full of amazing women who unleashed their voice in every literary form. One of my favorites is Georgia Douglas Johnson—poet, playwright, and composer.

Why she’s Bold and Fearless…

As the only woman from the Harlem Renaissance to publish a collection of verses and the most widely published Black female writer of her time, Georgia Douglas Johnson is most certainly underrated in fame and talent. Like many other female women of the Harlem Renaissance, Johnson began her career in education, as a teacher first, and then a principal.

In 1910 her husband accepted a job working for President William Taft; moving their family from Atlanta to Washington DC. It was around this time she began writing; publishing in journals such as The Voice of the Negro, The Crisis, and Alain Locke’s anthology, Plays of Negro Life: A Source-Book of Native American Drama. During a time when women wrote “beautiful” poetry her works tackled racial violence and rarely had a happy ending.

As a result she found difficulty getting her plays produced, but she never took a lighter tone—insisting that her work be a mirror of the realities of contemporary Black life. Johnson used her platform to fight for social justice as a member of the Writers League Against Lynching, a group of Black playwrights whose work deliberately addressed the spike in lynchings of the 1930’s. When she wasn’t writing, Douglas would host weekly Salons in her DC home in which the “Who’s Who” of the Renaissance would flood her home to discuss politics, the arts, and, of course, party.

In 1965 she was awarded a honorary doctorate of literature from Atlanta University (now Clark Atlanta University) in recognition of her meaningful accomplishments and their reflection upon “her native city, her alma mater, her race, and humanity.” Upon her death, dozens of unpublished plays, songs, poems, and other writings were found in her home. These works, now a part of the archives at Clark Atlanta University and Howard University’s Moorland Spingarn Research Center, are the undeniable evidence of Johnson’s contribution to the world of literary art.