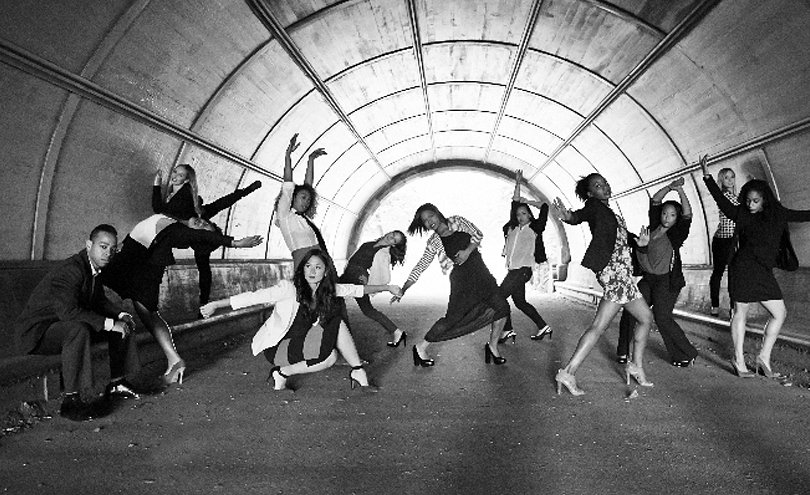 I have known Jamal Jackson my entire life; he is my younger first cousin. But instead of looking at him as the carefree, young boy he once was, I now see him as a man in full command of his life choices. He has evolved into someone determined to express himself through his purpose—the art of movement—and in the process, inspire others to think, act, and/or dance.

Exposure to Dance
As a young boy, Jamal would hop on the Number 2 train with his mom just about every Saturday morning on an hour-long journey that took him from the West Indian familiarity of his home in East Flatbush, Brooklyn to a welcoming world of African dance pride in a Harlem, New York-based center. The exposure to the rhythmic, Motherland-influenced discipline would forever capture and define the mind, heart, and essence that are Jamal Ahmad Jackson. “This was the first defining moment for me—my trajectory into dance,” says Jamal.

As a student at St. Ann’s School located in Brooklyn Heights, Jamal was introduced to Júlio T. Leitão, the founder of Batoto Yetu (Swahili for “Our Children”) through an African Dance Program. Batoto Yetu is a nonprofit organization whose mission is to engage youth in African dance, music, and folklore. With encouragement from Julio who suggested he check out his dance program in Harlem, Jamal took a class and immediately fell in love: “It just grabbed me. I thought it was so interesting, different, like nothing I had done before—it gave me the ability to really express myself.”

Turning Point
Jamal, who started off as a geology-biology major while attending Brown University in Providence, Rhode Island knew by his junior year that he wanted to become a dancer and choreographer. While at Brown, he received the Weston Award for his contribution to the Fusion Dance Company and New Works/World Traditions African Dance Company from 1996-2000.

Music and dance would continue to play a role in his daily life. Some years later, Jamal choreographed for the New York Arts Festival and Inaya Day in 2002, marking the establishment of his African-based, modern style of movement. He performed with Ballet International Africans for two seasons as a principal dancer and in 2004, founded the Jamal Jackson Dance Company (JJDC), which debuted Images of the Union at University Settlement in New York and at Westport Hall in Connecticut.

Addressing Tough Issues
Jamal says, “We have done some work that will knock you back a little bit and make you address certain issues. As an example, ‘Bask in the Shade’ investigates identity and how you view yourself in specific communities. And, as you move through communities, how does that perception change?

In one of the sections of this work, we dealt with the “brown paper bag” test and the idea of whether one is ‘light’ enough to be accepted within a specific social circle. When we present this work it often causes a lot of tension and anger in the audience members who have come face-to-face with this reality or even amongst my dancers whose skin tones played a part in the production.”

The brown paper bag test, which uses the color of the paper bag as the midpoint indicator of “blackness,” was artistically captured in Spike Lee’s 1988 film, School Daze. But the test is not just an urban fable or motion picture fodder; it is a real issue whose devastating effects are still felt in many communities today.

Not too long ago, I was confronted by a feisty, intelligent teenager who, as beautiful as she was, told me very matter-of-factly that her “skin was too dark” to be considered attractive. Her words almost broke my heart. I started a young women’s group shortly thereafter in an effort to combat the issues of low self-esteem and self-hate that continue to confuse, debilitate, and harm the minds of our young (and older!) people.

As you’ve probably guessed, Jamal is not one to run from addressing what can be uncomfortable issues. His latest piece, titled, “THE PEOPLE VS.,” which premiered this past April, looks at arguably one of the most publicized trials in American history—the O. J. Simpson murder case (officially the People of the State of California v. Orenthal James Simpson). The 1994-1995 trial centered on former professional football star and actor O.J. Simpson who was tried on two counts of murder after the deaths of his ex-wife, Nicole Brown Simpson and Ronald Lyle Goldman. Simpson was eventually acquitted after a trial that lasted more than eight months.

Says Jamal, “For some, this work may be difficult to watch as it poses whether or not justice was served in this case. Was this the way the system should have worked? When the verdict came out, there was such a polarization in this country between blacks who overwhelmingly said ‘excellent, we finally got a win’ and whites who were frustrated and visibly upset with the verdict. The work explores moral justice vs. legal justice—while naturally conjuring up hard feelings for people.” 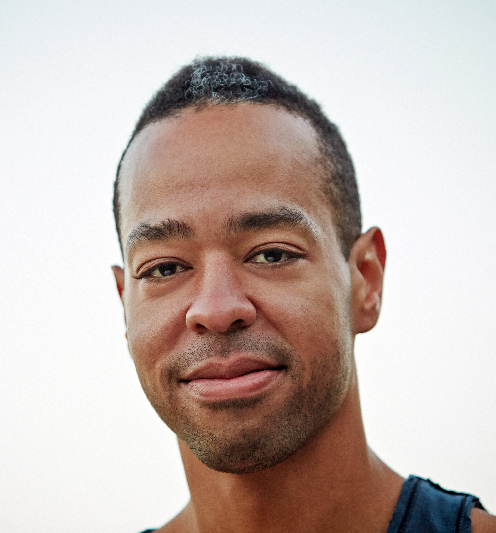 Jamal is thrilled to be living his dream but notes, “I’m bold and have lots of fear—and that’s important to me. Every time I create I’m fearful. If I don’t have that fear then I’m not pushing the envelope and taking a risk, overcoming, and facing the next challenge.” He continues, “Whenever I’m in this process of producing work or putting myself out there in a certain way, I’m creating justice for my voice and the artists that work with me."

Jamal’s take on pursuing his passion in the midst of fear is another way to look at this online magazine’s name, “Bold and Fearless.” Fear is often present when we are in pursuit of our passions; in fact, we have to make an intentional commitment to act in spite of fear.

What are you doing to move past the fear in your own life?

Shonda Smith is a freelance writer, editor, and event planner based in Brooklyn, New York, where she was born and raised. As a teenager, she was awarded the grand prize in the Barnard College Essay Contest for Young Women, and was published in The New York Times. For more than 15 years, Shonda honed her journalistic and event-planning skills at various organizations, including the Harlem Children’s Zone, Prince-Hall Publishing, and Girl Scouts of the USA. Her work has been featured in Honey Magazine, The Legislative Gazette, FemalesIntheNews.com, Writersandpoets.com, and more. You can also find her on her blog at ShondaFierce.wordpress.com and her online-based business, at WriteOnStrategies.com. Married to one of the smartest guys she knows, Shonda is also the doting mom of two beautiful children.