There’s a Reason He’s Your Ex: Stop Settling for Less Than You Deserve 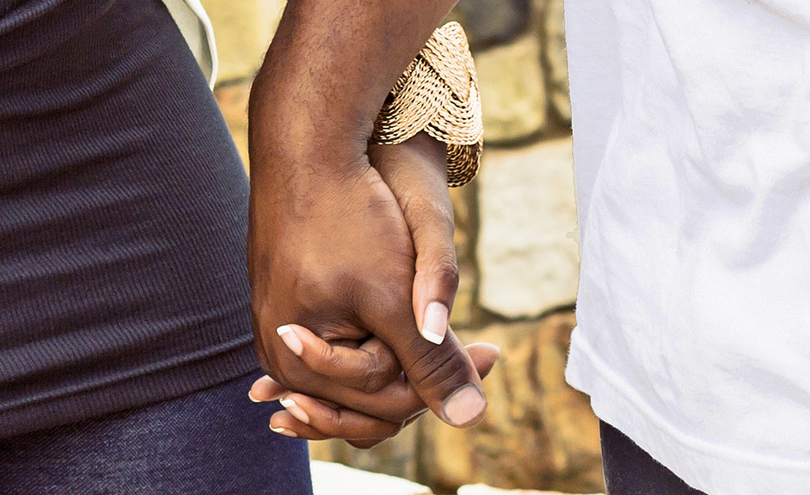 We’ve all done it: ran into an ex we haven’t seen for a minute and got so caught up in how good they looked that we developed amnesia about our past with that person. If we’re still waiting on Mr. Right, we start wondering if we did the right thing by letting this one go. Maybe we just overreacted and read too much into past situations. Maybe we were being too picky. And maybe, just maybe, they’ve now changed into the person we really wanted them to be.

Ever since I was old enough to date, I promised myself I would never be one of those women who would break up and make up with the same person on a regular basis. That, to me, was insanity. After all, if you keep breaking up, there must be a reason for it, right? For the most part, I kept that promise to myself.

But the thing is, I’m human. And sometimes I get selective amnesia (though much less often than I used to). And well…there’s just something about eye candy, even when it’s given you cavities in the past. If it’s been long enough, you forget about the pain of the root canal and just focus on the short-lived, but sweet memories you created with that person. Well, I’m here to tell you: there’s a reason he’s your ex. I learned this the hard way as I fell into the same trap that so many of us fall into when we’re most vulnerable.

A couple of years ago, I was going through a rough patch when my ex called me to see how I was doing. This was the same ex I hadn’t talked to in a few years. The same one who, when I told him I didn’t want anything more than a friendship, he decided to cut all ties because he wanted more. He’s also the same ex who I had broken up with years before because of his immaturity. But, the man was still fine.

So when he called, I was genuinely happy to hear from him because he’d always been a good listening ear. That same day, we ended up meeting in person. All of a sudden, I asked myself why I hadn’t given him another chance? What better person to be in a relationship with than someone who you could relate to on so many levels? Besides, I knew him like the back of my hand. And did I mention, the man was fine?

You can probably guess what happened next. Yup…I selectively forgot why I had broken up with him in the first place. I assumed the person that was now in front of me had grown up and matured over all that time that we’d been apart. So there we were, back together again. I was on Cloud 9 (for about nine minutes) until I realized that things weren’t quite going the way I had envisioned. After wholeheartedly throwing myself into the relationship, I found myself questioning my decision.

Not only did I find he hadn’t matured much in the time we’d been apart, he actually had become even more emotionally distant. When I told him that I felt he was emotionally closed, his words to me were: “I don’t think I’m emotionally closed. I think I’ve just emotionally ‘shifted.’” Hunh?

Besides not owning up to his lack of openness in our relationship, he then wanted to throw in some philosophical nonsense. That should have been a clue to run…fast. But I gave him a chance to redeem himself thinking maybe he’d just been hurt one too many times. Maybe I could be the woman to change him and get him to see that I was worth risking his heart for. It took me a couple of months to realize that I was spinning my wheels. He wasn’t ready to give me what I needed and couldn’t accept what I was offering because he was still stuck in his past.

In those two months, every reason I had broken up with him in the first place came rushing back to me like water on the Titanic. This boat was sinking fast. As a matter of fact, it never really had a chance to leave the harbor because we didn’t take the time to uncover whether or not we were moving in the same direction before we tried to pick up where we left off. When I finally broke up with him (for the last time), I began to understand why we so easily fall into the trap of getting back with our exes—even when we know we have no business there.

For some of us, we’re tired of being alone and just want to fill that space with someone. And who better than someone we know really well? For others, it’s that clock ticking. And still for others, it’s an initial attraction to that person which blinds us to all the other red flags. Whatever the reason, I’ve learned that:

if you continue to settle for less than what you deserve, you’ll keep the door closed to God’s blessings and His true plan for your life.

There’s a quote that states, “When God sees that you are prepared, He will open new doors.” If you keep going back through that old door, you’re going to find yourself in a house that—no matter how many times you walk back in—will never feel like home.

There’s a reason he’s your ex. Stop focusing on what you think you lost, and instead focus on becoming the best you you can be so that when the right person does come along, you will be prepared.

What lesson have you learned from an ex that has helped you become a wiser in your relationships?

This article originally appeared on www.blackandmarriedwithkids.com.