Why the Arts are the Answer to Saving Our Youth 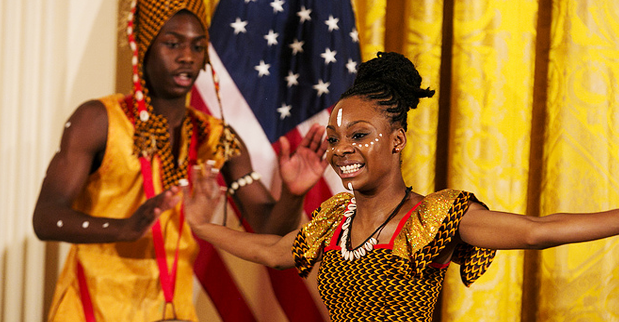 As a native East African born in Uganda and raised in the U.S., I can decisively say that the arts laid a solid foundation for the strong sense of identity and self confidence I have developed as an adult. I remember being ashamed of my African heritage and wishing that my family was more like the Cosbys. That was, until a woman named Namu Lwanga came into my life and taught me everything she could about the song and dance of East Africa.

Namu majored in Music, Dance and Drama (known as MDD) at Makerere University in Uganda, which in and of itself made her a fearless pioneer; because at that time (and this may hold true even today) MDD was not a respected major. Instead, the acronym was jokingly renamed “Musilu Ddala Ddala”—which translated in Luganda means "Really Really Dumb Person." Why would you take MDD as your major when everyone knows that there is no money or respect in the arts? 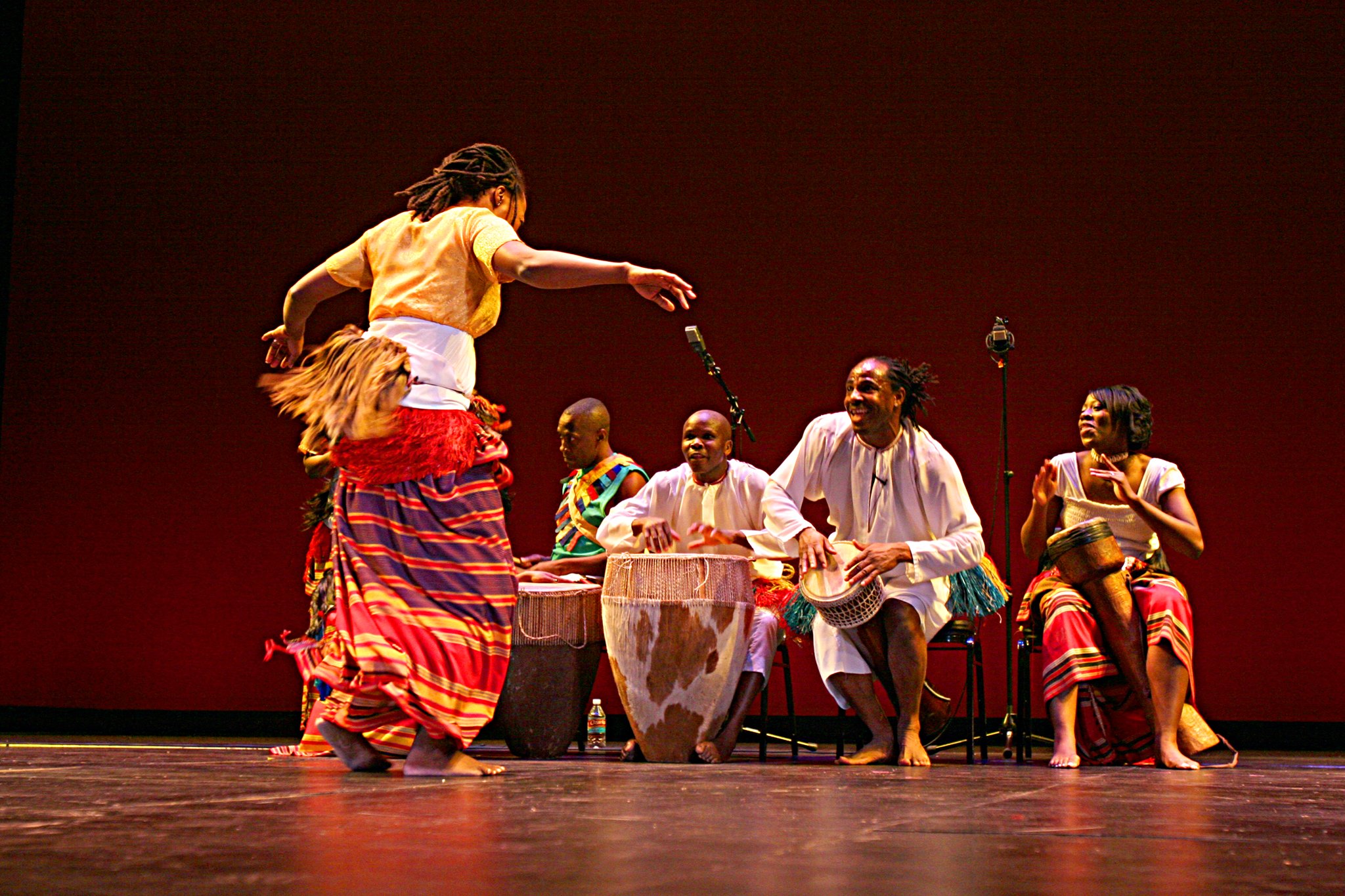 I’m so glad Namu followed her heart and soul’s calling and ignored the naysayers, because training as a professional with her as a teenager through my early 20’s allowed me the opportunity to travel the country and the world, perform at venues like the Kennedy Center, meet and collaborate with other incredibly talented artists, and share my culture and heritage with others in ways I would never have been able to before. Expressing the music, dance and culture of East Africa improved my self esteem, gave me greater empathy for and perspective on other cultures, provided me valuable insights on being part of a team, and instilled in me the confidence to embrace life with a clear understanding of who I am and what I am capable of. The arts changed my life.

Given the increasing cuts in funding to arts programming around the country, it’s apparent that there are many who don’t recognize the relevance of the art they are surrounded by every day: from the homes that we live in to the clothing we wear; the concerts we attend and the music we listen to; the movies we watch, and the furniture we use. Not to mention the impact the arts have had on me and countless others around the world who have gained newfound confidence and/or success through their involvement in the arts and humanities.

“Giving a child the chance to fill a canvas, or to perfect a harmony or to shine on stage—that can spark the flames of a lifelong passion. And it can teach valuable skills like hard work and persistence. It can open up possibilities that young people might not realize for themselves.” —First Lady Michelle Obama 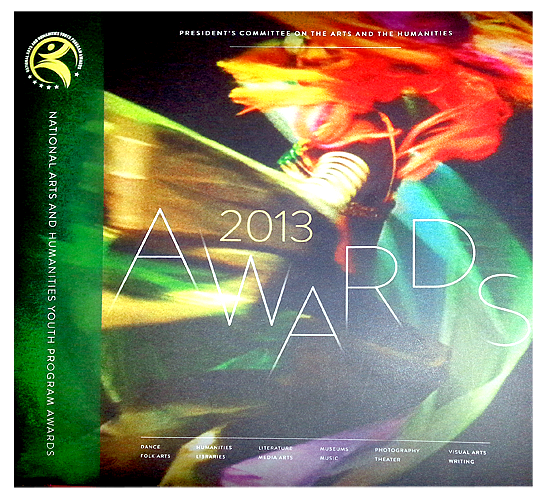 As a testament to the importance of the arts in the lives of our youth, I had the honor of attending the 2013 National Arts and Humanities Youth Program Awards on November 22, 2013, hosted by the President’s Committee on the Arts & Humanities at the White House. Having the opportunity to listen to First Lady Michelle Obama, speak to these youth and their directors from around the country about the importance of their programs and the impact they’ve had on their lives, I gained a newfound respect for our First Lady and her commitment to, and passion for the arts. That commitment was evident as I watched her pour words of encouragement, a gracious smile and a genuine embrace into each youth that received recognition for their participation in the programs.

As one of the awardees, Boston Children’s Chorus Executive Director, David Howse stated, “Music is a language that almost everyone speaks.  When you sing together, the barriers that might otherwise prevent people from coming together are diminished.” The chorus was established in 2003 as a catalyst for social change to help dissolve racial, socioeconomic and religious divides among youth in the Greater Boston area.

The joy of being on stage and letting their confidence shine through was unmistakable in the Ifetayo Youth Ensemble’s (IYE) electrifying West African drum and dance performance during the ceremony. An impressive 93% of IYE members complete college after graduation. This fact is especially notable given the high poverty levels and low educational attainment prevalent in the Brooklyn, NY area where the organization operates. 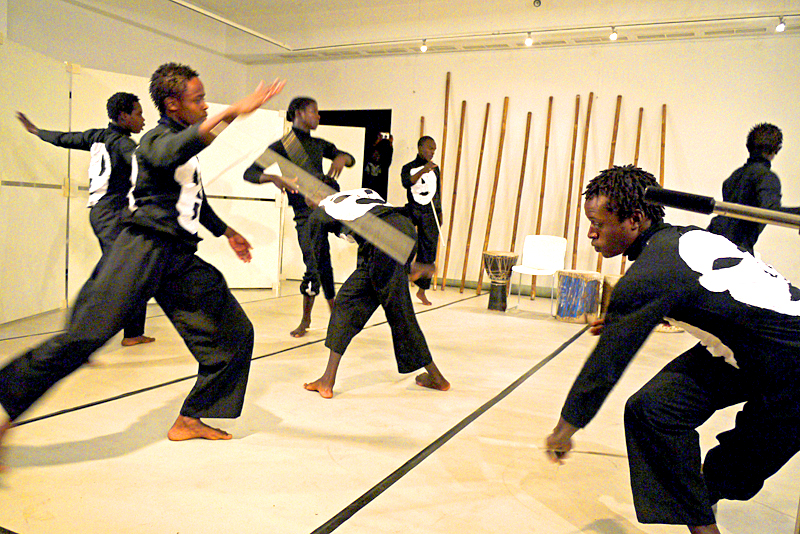 Another powerful example of the life-changing power of the arts was that of the Kuruka Maisha Foundation of Kenya (pictured above), which received the International Spotlight Award. Kuruka Maisha—which means “jump into life” in Swahili—was started by Kenyan engineer and community activist, Nick Balongo in 2004, as his effort to address the pressing issue of Nairobi’s 150,000 street children. In my conversation with him, he stated the reason he started the organization was because he needed to find meaning in his work, which he was not getting at his full time job.

What started as a few organized soccer matches with youth on the streets of Kenya’s capital, has turned into an organization that trains Nairobi’s street children in the circus and performing arts, helping them build confidence and life skills, and eventually find pathways out of poverty. Over the past nine years, the organization has successfully enabled nearly 400 street children to establish themselves in the community and stay off the streets.

Imagine what more could be done in our society for youth if we looked at the arts as less of a frivolity, and more of a necessity—enabling us to learn, live, love and connect with our fellow human beings on common ground that knows no color or boundaries.

To learn more about the organizations recognized at the NYAH Awards and how you can support them, visit www.pcah.gov.
SUPPORT THE ARTS!