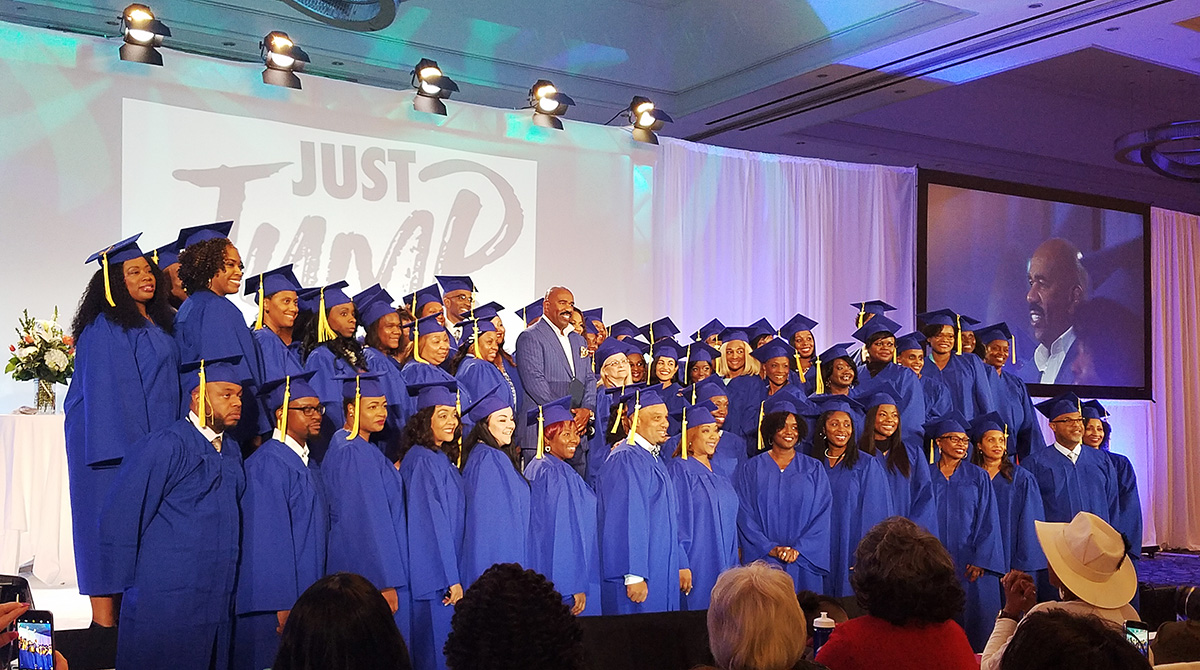 This is the second of two articles on 20 lessons I learned from the 2017 Steve Harvey Act Like A Success Conference. To read the first part, click here. There were so many great lessons that I had to break them into two posts. Here are the last 10 lessons. Enjoy!

12. Figure out the conditions you need to be creative and to find clarity, then recreate them.
If you’ve never heard of Teneshia Jackson Warner, you should definitely check out her story. As one of the speakers at this year’s Act Like A Success Conference, she led a session on how to unleash your creativity. She made a powerful point I had never thought of as a creative. Often, we’ll come up with ideas that end up being pretty amazing. But we don’t always think about the conditions we were in when we came up with those ideas. Teneshia made the point to be intentional about how you come up with your ideas. Figure out what conditions are most conducive to your creativity and then recreate them whenever you need to. 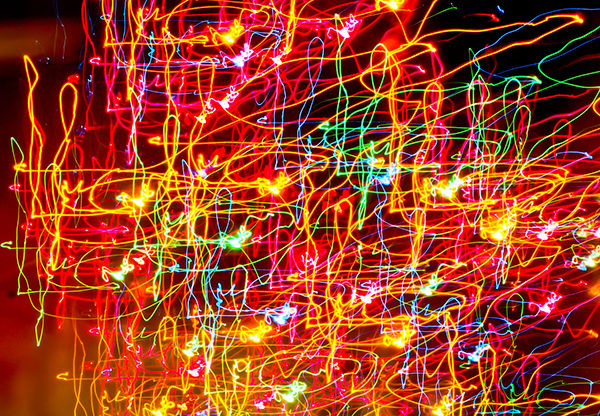 Where do you find your creativity?

13. Know who you are—and know who you’re with.
One of my favorite parts of the Act Like A Success Conference was getting to hear Gerald and Patrice Washington speak on stage together for the first time. Their story is one that will inspire you to push through the hard times in order to get to your blessing. Read my first post on these lessons to learn more about the challenges they faced several years ago. One of the attendees asked Patrice if at any time during their toughest financial challenges, she had any doubt that her husband would be able to turn things around for their family as the head of their household. Without hesitation, Patrice responded: “I never had any doubt that my husband would turn things around because I knew who I married. I knew who he was.” What a powerful lesson for everyone about the importance of knowing and having confidence in your mate to get you through tough times—because they will come. 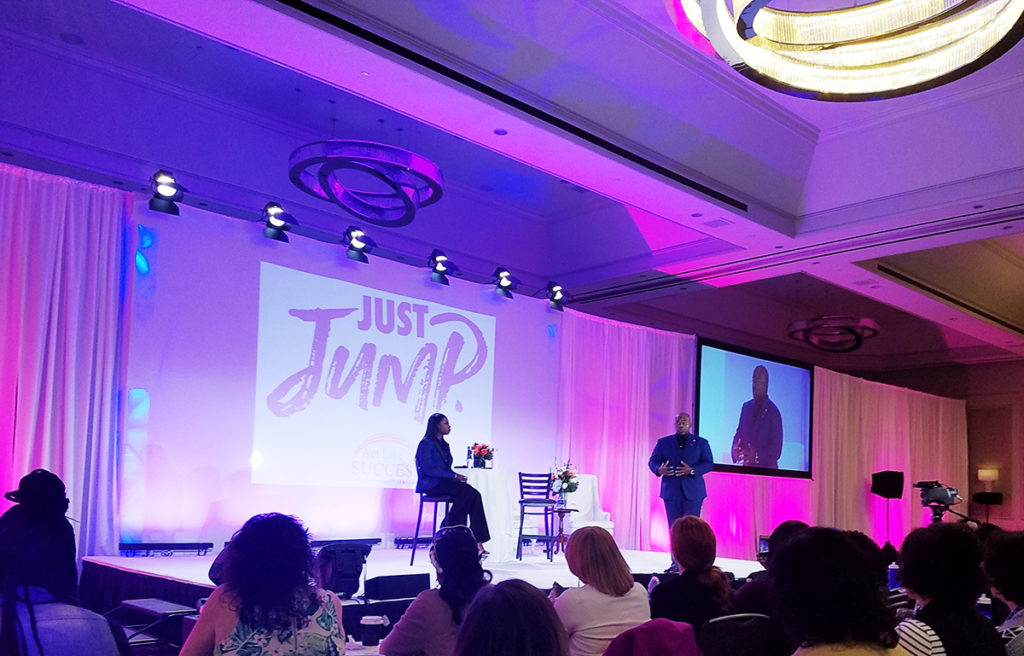 14. Understand that everything can change overnight; but you must keep putting faith in action.
I remember the last Radical Success Conference I attended in 2014 with Doreen Rainey. It was in Virginia, and at that time, she announced that it would be her last conference due to health problems she was having, and a need for her to step back and re-evaluate what was most important to her. It had been a tough decision to make and the attendees were all extremely disappointed to hear the news—to say the least. Only a few months after making that announcement, Doreen was contacted by Steve Harvey World Group. Steve Harvey was interested in getting into the business of transformation and when he had asked Lisa Nichols who he would recommend he work with, she gave Doreen’s name. Fast forward to today: Doreen Rainey is now the VP of Operations for Act Like A Success | A Steve Harvey Company. But none of this would have happened had Doreen not been taking action on her vision and goals in a way that made a real impact on others. Proof that indeed, everything can change overnight.

15. Sometimes, God has something better planned.
The weekend that I left for the Act Like A Success Conference in Atlanta was a stormy one along the East Coast. Not only was my flight delayed by 4 hours going, it was also delayed returning to DC. Although it was inconvenient, I have learned to try avoiding stressing out when things like that happen because it doesn’t help much. However, when I found out that my flight was canceled, I was frustrated. All I really wanted to do was get home and get some rest after such a transformative, but busy weekend. As I sat there working on fining another flight out, I found out that the airline had already booked me on the next available flight. Not only was the flight booked automatically, but instead of having to two layovers as I would have had with my original flight, I was now booked for a direct flight to DC. Indeed, God’s delays are not God’s denials. Sometimes He has a much better (and more direct) plan for our lives than we could have ever orchestrated on our own. 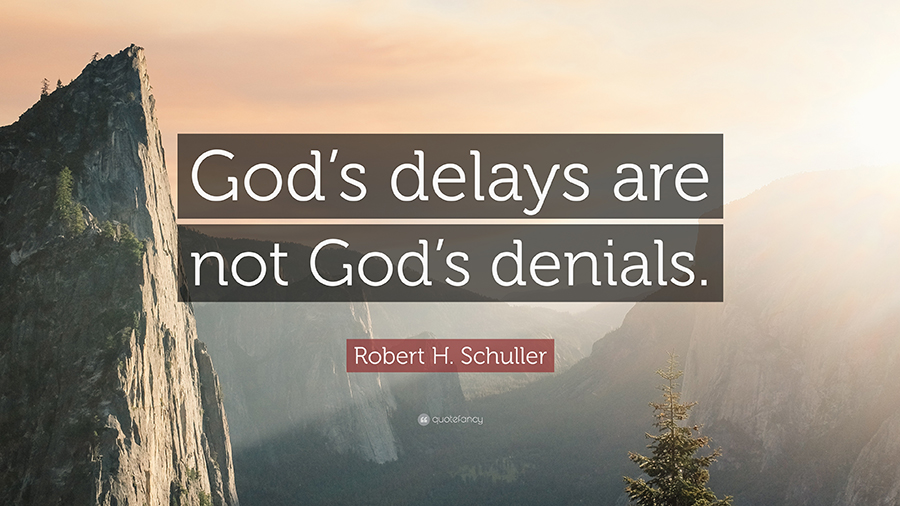 16. You many not get to your destination when you planned to be there, but if you’re supposed to be there, you will get there.
When things happen more than once in my life in a very short space of time I usually ask what lesson I’m supposed to learn from the situation. So when I finally got home after the conference, I had to really figure out the lesson in having both flights so delayed. And clear as day, I heard God say to me: “Yes, the flights were both delayed, but you still got to where you were supposed to be, didn’t you?” What a light bulb moment! And what an analogy for life. When setting goals for our lives, we often forget to leave space for the unexpected—those things that can cause what we think is a delay in hitting our intended target. When in reality, the most important part of hitting your target is the journey to get there. It may feel like you’re delayed in getting there, but in reality, you get there exactly when you’re supposed to—and not a moment sooner. You just have to trust God’s timing.

17. See what you want every single day and claim it.
I loved how Steve Harvey shared how he stays focused and motivated in reaching his goals. On his phone (and just about every digital device he has), he keeps scriptures, quotes, and photos to keep him inspired. But most importantly, he keeps his vision board on his phone where he sees it every single day. Where do you keep your vision?

18. Stop living in your old story.
How often do we begin thinking about and even pursuing new opportunities, only to get caught up in our past failures—our old story. That old story can easily hold us back from receiving our new blessings. When Gerald Washington was given the opportunity to go from working at Taco Bell to working for Steve Harvey, he could have easily felt intimidated by his new working environment, questioning if he really belonged there after everything he had just gone through. Instead, he focused on doing his best in every moment in his new job and chose to write a new story. That new story now has him as Steve Harvey’s right hand man in all his business deals. Is holding on to your old story keeping you from writing a new one?

19. Don’t be afraid to keep it real.
In this article, I wrote about some powerful lessons we can all learn from Steve Harvey in building a multi-million dollar brand. This particular lesson is one I appreciate and one that is on display every time I’ve seen Steve Harvey speak. He’s never anyone but himself. And part of that is keeping it real. Not only is he not afraid to say what most people would shy away from because of political correctness, he’s also not afraid to show his emotions in public. I believe that his authenticity and relatability are key to his winning formula and should be a part of yours. What does being authentically you look like?

20. Listen.
The 2017 Act Like A Success Conference featured some incredibly successful, powerful, and influential speakers. But one thing that struck me was how every single speaker, after they finished their stint on stage, stayed and spoke to attendees. And not just a few attendees—every single person who was waiting in line to speak to them. That was the true mark of service. I’m sure in some way, the speakers had a sense that making themselves available to serve in that way and just listen to what people had to say, could potentially give someone the breakthrough or confirmation they were looking for. And in another, they all probably understood the importance of giving a listening ear to someone who just needed someone to help them feel like they mattered. The world would be a much more connected place if we all took the time to listen, really listen, to others.

Did you experience any aha’s reading this post? If so, share with us and let us know how you’re going to implement one of these lessons in your own life.