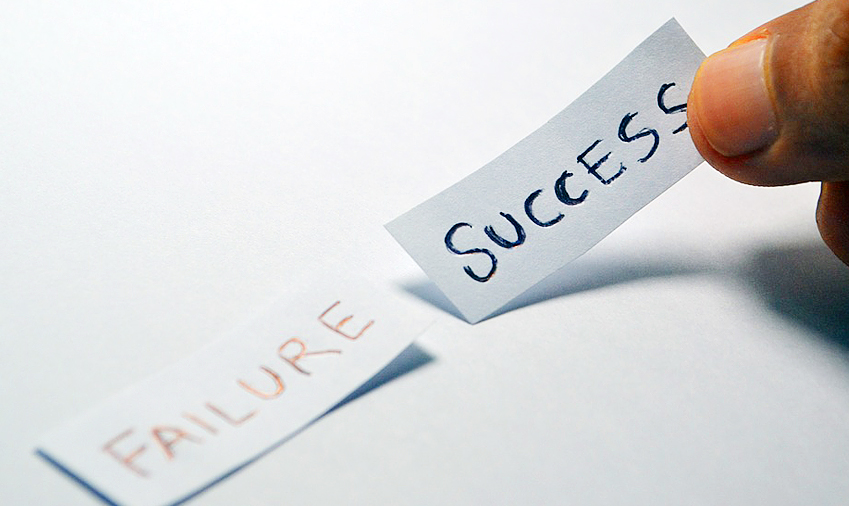 One of my favorite quotes is: “You will learn more from your failures than you ever will from success.”

History has shown this to be true. Michael Jordan was cut from his high school basketball team. Thomas Edison tried almost 10,000 different ways to invent the light bulb before he got it right. Oprah Winfrey was fired very publicly from her first job as a news anchor on television. In each of these cases, the failure preceded the unprecedented success. What would have happened if Edison has stopped after the 100th try? Or if Jordan had given up after being told he was no good in high school. Each of these successful individuals knew something that successful people know: Failure is not fatal (unless you’re jumping out of a plane and your parachute jams).

I would never have been able to say this 10 years ago, but my divorce made me a much better person. Before that, I had never really known about failure and how to get through it. I was the kind of person who was used to succeeding at almost everything worthwhile that I put my mind to. Although now I understand that it was the marriage that failed–not me–it took me a long time to see the situation for what it really was. But it was a process: a long one. I think it was longer than it should have been because society in general doesn’t really talk about failure. Most of what you read is about how to become successful. How to have a successful marriage. How to succeed in your career. How to raise successful children. And so on…

When I was looking for resources on how to survive and thrive after divorce, I found very little. So I had to make it up as I went along. These are the steps I took to overcome my failed marriage which will apply to you regardless of whether you’re dealing with a personal or a professional failure.

1. Allow yourself to feel what you feel. Too often when we’re confronted with our failures, we try to rush out of the situation and jump into the next thing as quickly as possible in order to avoid those feelings of sadness and disappointment. This is a huge mistake. You have to allow yourself to feel what you feel or else it will come back to haunt you later. Don’t be afraid to seek professional help or counseling. Working with different counselors and life coaches helped give me a new perspective on my divorce and the positive things I could choose to focus on.

2. Give yourself a time limit to get out of your “failure funk.” Napoleon Hill said that:

“One of the most common causes of failure is the habit of quitting when one is overtaken by temporary defeat.”

Yes it hurts. Yes, it was probably humiliating. Yes, it was disappointing. Now get over it. That may sound harsh, but the reality is, the most successful people don’t allow themselves to wallow in their failure. They recognize it for what it is and keep it moving.

You’re not a failure. The situation failed. This is the one so many of us get wrong. We think and even verbalize the words, “I am a failure.” I believe that God implanted success in each and every one of our DNA. Instead of thinking you’re a failure, flip the script and say, “That attempt failed.” or “Now I know what doesn’t work.” Avoid internalizing the failure and instead use it as a stepping stone to something greater.

5. Do a “situation autopsy” to find the lessons so you don’t repeat them. A situation autopsy is when you take the time to look at a situation from different angles and extract the lessons from it. In this instance, don’t be afraid to ask other people for insights or advice that could help you avoid making the same mistake twice, and then be willing to listen.

6. Pray over it. This one is the one that allowed me time to be still and actually hear and understand the lessons. I don’t go a day without prayer. That ongoing conversation with God is what allows me to focus on His promises for my life instead of my shortcomings. It’s what allows me to try…one more time.


Whatever you do, remember that failure is part of the process of living. If you’ve never failed in your life, you haven’t taken enough chances. In fact, I’ve heard of bosses who actually reward their employees for failing because it means that they’re thinking out of the box and looking for creative ways to improve the company. As you fail, you learn. As you learn, you grow. As you grow, you get closer and closer to your version of success, because by then, you’ve tried everything that doesn’t work. So give yourself permission to fail and know that it only takes that one time for you to be right, and that one time will make up for all your past failures.

What are the most important lessons you’ve learned from your failures?