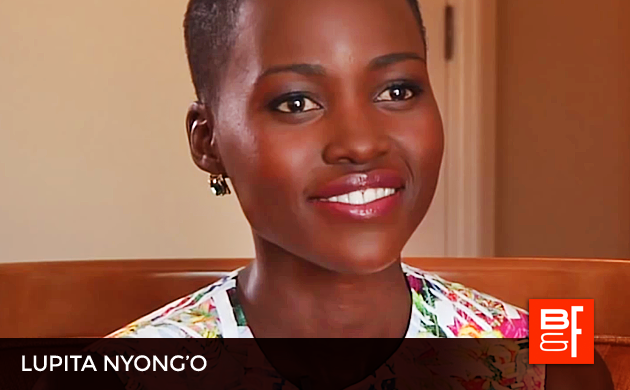 With her ebony skin and flawless style, Lupita Nyong’o has graced the covers of major magazines, television and awards shows, and is probably still figuring out how all this happened in such a short span of time. Outside of being a major breakout actress and industry darling, this gracious, fast-rising star has taught us many lessons in what it means to be a beautiful, strong woman: inside and out. Here are some that we should all take note of:

Humility: Despite being given titles like “global fashion icon” and “Africa’s Pride”, she has remained humble and gracious, never letting the hype get to her head. A good reminder that, whatever success we achieve in life, our ability to be humble without being timid is more valuable than any new dress we could buy. Speaking of which:

Elegance: How can you not speak of Lupita’s style? What’s most striking about it is not necessarily the designer labels, but rather her ability to look powerful and sexy, while remaining elegant. Proof that you don’t need to have everything hanging out to get noticed.

Sincerity: I have yet to see an interview or speech that Ms. Nyong’o has given which wasn’t heartfelt. Whether speaking to an A-list crowd or spending one-on-one time with someone important in your life, sincerity is one of the most important traits for creating lifelong connections and gaining the trust and respect of those you meet.

Boldness: I don’t know many people who can rock Lupita’s hair, her wardrobe choices and her makeup the way she does. It takes a certain inner strength and courage to be you—no apologies necessary and none given. She’s giving women the world over permission to be exactly who they’ve been uniquely created to be. We can take a page from her book and allow ourselves to be brave enough to walk in our God-given power and boldly be “who we be.”

Joy: There was one picture I saw of Lupita during her Oscar’s acceptance speech that showed absolute, unadulterated joy. I think that is one of my favorite pictures of her because of the fact that she wasn’t afraid to show just how happy she was. How often do we stifle our emotions because we’re afraid of what others will think? If you’re happy, show it! A smile is the most attractive thing you can wear on your face and laughter is good for the soul.

Accountability: Lupita’s not confused about whether or not she’s a role model for others. She gets it. She understands that as someone in the spotlight representing a demographic that still gets so little exposure in the entertainment industry, she has a responsibility to carry herself a certain way. Whether or not we realize it, we are often a role model for others looking for someone to emulate, and even draw the courage from to do what they may otherwise think was outside of their reach. As the good Book says: “To whom much is given, much is expected.”

I look forward to watching this talented actress continue to make her mark in an industry that is long overdue in recognizing that talent comes in all colors, shapes and sizes. She’s setting an example that I would want even my daughter to follow.

What are some of your most memorable “Lupita moments”?

This article originally appeared on Black and Married with Kids.