Why Africans Should Care About Solomon Northup & 12 Years A Slave 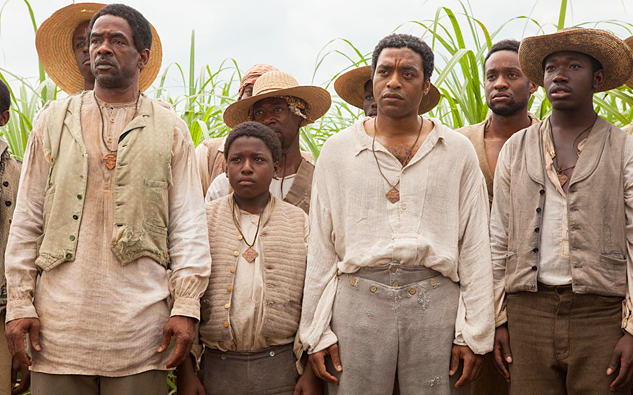 In the spirit of Alex Haley’s Roots, the much talked-about film, 12 Years A Slave, brings to life the autobiography of Solomon Northup, a free Black man from New York who was kidnapped in 1841 and sold away from his family into slavery. I first learned of this story while designing the Freedom House Museum, also known as the Alexandria Slave Pen. Northup’s captor was one of the former owners of the slave pen. While working on this project, I came to understand—for the first time in my life—how my own history and destiny were linked to that of my African American brothers and sisters.

As immigrants from Uganda in the 1970s, most of what my family knew about Blacks in the U.S. came from television and the media. More often than not, it was negative. My parents, like many other African parents, discouraged us from having Black American friends. Even as a child, my best friends were Asian and White. As I got older, my melting pot of friends expanded to include more people who looked like me.

At the time, there were a number of shows on TV depicting Black life and celebrating the Black family. Programs like The Jeffersons, 227, and The Cosby Show, helped to shift our impression of Black Americans. But our education just about ended there. I still had questions like:

I got my answers in 2006 while working on the Freedom House Museum. The museum was built in what is now the headquarters of the Northern Virginia Urban League. In 1828, Isaac Franklin and John Armfield bought the building and established one of the most successful domestic slave trading firms in the country. A perfect storm of events contributed to their success. When the Transatlantic Slave Trade was abolished in the U.S. in 1808, slaves could no longer be imported from what are now Nigeria, Congo, Ghana, Senegal, and other countries from which Africans were taken. At the same time, slave owners in northern states had surplus slaves they could no longer afford due to a steep decline in a once-profitable tobacco industry. In addition, there was growing demand for labor in the South to plant and harvest cotton.

Franklin and Armfield were responsible for the transport of at least 10,000 enslaved Blacks to the South, contributing to the forced migration of 1.2 million  people (vs. 500,000 for the Transatlantic Slave Trade). That answered my question as to why there were so many Blacks in the South, but what about what was interpreted as their lack of motivation to succeed?

I took for-granted the fact that, growing up, my parents instilled in us a sense of pride in our heritage. I didn’t need a DNA test to tell me where I was originally from. Most African Americans had been viciously and systematically cut off from their roots when their ancestors hit American soil. As Marcus Garvey said, “A people without knowledge of their past history, origin or culture, is like a tree without roots.” How much more difficult was it to strive for greatness if you were disconnected from the very examples you were supposed to follow?

In 12 Years A Slave, Northup gives a heartbreaking account of Emily and her mother, Eliza, who were sold apart, never to see each other again. This was a common scene in many enslaved families. It made me realize that, but for the grace of God, that could have been me and my daughter. Northup’s story and Incidents in the Life of a Slave Girl, by Harriet Jacobs, were the first accounts I read of slavery that gave me a raw, uncensored picture of the long-term damage slavery had done to Americans of African descent.

I developed a greater appreciation for what they had suffered on my behalf. I now understand that this gaping chasm of mistrust, disdain and ignorance between Africans and African Americans was built on inaccurate or completely false information from flawed sources. I have a responsibility to teach what I know so that neither myself nor my daughter ever has to explain again to anyone why I didn’t grow up with Tarzan.

I don’t think it’s a coincidence that the lead character in the film 12 Years a Slave is played by first-generation Nigerian, Chiwetel Ejiofor. Or that African actors have been cast into key roles depicting critical events in U.S. Black history (David Oyelowo in The Butler and Red Tails, Deborah Ayorinde in Django Unchained, to name a few). I see it as a metaphor for the need to connect with one another beyond the superficial.

Because ultimately, we are inextricably linked to one another: not by the chains that once enslaved us, but rather, through our blood ties, common struggles, history and culture. And especially through the strength and spirit of our ancestors to whom we owe the best of what we each have to offer one another.

What misconceptions have you had about other cultures and ethnic groups that you learned were wrong?