From Welfare to Millionaires: How Ella Rucker Discovered the Beauty of an Ugly Start 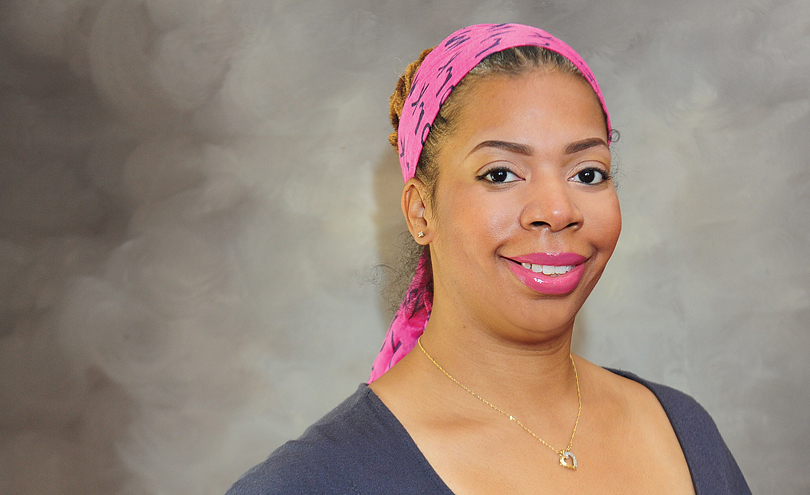 Ella Rucker is a mom, expert blogger, entrepreneur, author, and fearless go-getter. In this interview with the co-founder of Weekend Startup School, you’ll learn how she took adversity and turned it around to position herself as a go-to resource for successful business owners.

Ella, tell us about how you found your calling.
My calling was the strongest 16 years ago when I came to visit New York for a few days. Within four months, I went home, quit my job and moved to New York. I knew that if I wanted to be a writer—which was my aspiration—there was only one place I was going to be a good writer. And that place was New York. At the time, I lived in Dayton, Ohio. I was doing poetry work and even performed in the Dayton Contemporary Dance Company, but I felt a creative tug from “the city that never sleeps.”

For about eight years, I worked in telecom, installing telephones in buildings and managing call centers. I was eventually fired from my job. Then, the week after I had my daughter, Joelle, my unemployment ran out. Six weeks later, the wheels literally fell out from under my car. I had a really bad roommate, got evicted, and ended up on welfare. All this in less than 18 months. It was rough. Being at the welfare office was like voluntarily going to prison every day. The way the welfare office people keep their jobs is to keep you unemployed. They don’t speak to your potential. They want you to get a job at Marshalls—and that just wasn’t for me.

Then one day I was watching TV and saw this popular Mommy blogger on a show. I called her to find if I could help her with her writing, because she seemed so busy. I then reached out to her on Facebook and she said “no.” I responded by giving her my background, but when she saw it was a mostly tech background, she insisted that I wasn’t a good fit. I told her I could still do it [blogging]. And she finally said she couldn’t pay me very much, but brought me on board. We started working together and the more money I made her, the more money she paid me.

So often, we’re afraid to reach out to people because of rejection. What did you find within yourself to have the courage to reach out and make this proposal to someone you had seen on TV?
You have no idea how many job interviews I went on while I was on welfare. But I was always too qualified. They were afraid I would leave in three months. I had to fight so many times to prove myself and this was just one extra fight. Besides, it seemed like a winnable fight because she was so much like me. At that point, I didn’t have anything to lose. If it’s really your calling and is for you, nothing is going to stop you—not even your own personality.

What skill set did you use to help make her money?
I freed up her time to write. I would do ghost writing for her and had my own column on her site. We worked well together to get it done, and then eventually brought on more writers.

Tell us what people should take into consideration if they’re thinking about taking on projects for free.
You have to understand the rooms you get to walk into when you [do stuff for free] for the right people. It’s like hiring a mentor with your time. I started working with Paul Brunson for free, which led to collaborating on Mentor Mondays and Weekend Startup School. I got to go to NBC for production meetings. You get to watch a system work that you may not get to see otherwise. You also get to see how the other half lives. There are connections I made then which are benefiting me now. Working for free can help open doors if you choose to knock on those doors.

How did you end up working with Paul Brunson?
I was on the internet and I saw this guy who had written an article on relationships, and it was Paul. I don’t know what made me reach out to him, or even what made me say what I said, which was, “You’re gorgeous, and the fact that I can admit you’re gorgeous means that I might be ready to get back on the dating scene. I don’t mean to be disrespectful if you are already taken, but I have big plans for this year and for some reason, I just wanted to reach out to you to let you know that.”

And then I got this email back from him the next day and he was like, “Thanks for letting me know sis.” So throughout the year, I would send him useful information about how he could expand his brand. We just really clicked and kept communicating. One day, he needed me to do something for him, and I told him, “Sure, I can take care of that for you.” The next week, I got a call from him telling me he had an idea. That’s when we started working together.

What is it like to work with a millionaire?
It’s phenomenal. He’s the kind of millionaire who understands wealth in a way that most people don’t. He’s not a baller; he’s a regular person. He watches his budget because he’s all about experiences and not accumulating things. He’s the best kind of role model you could have, and just an amazing person. If he didn’t have a dollar, he’d still be an amazing person.

What was the most important lesson you learned from Paul that you are incorporating into your own life?
The thing that stuck with me the most was something he said in an interview. He said he was in the business of matchmaking because he wants to spread the legacy of love for our children. He believes that marriage is that legacy. As a single mother, it made me realize that the decisions I make about my mate affect, not only Joelle, but her children and her children’s children. [I’m divorced.] I want to make sure that I have conversations with my daughter which let her know that I understand love is important.

I love getting to know people and I feel good about the fact that we’re changing the economy. If we help one business make it ten more days, we’re putting ten more days of money in their pocket. If that’s all I’m doing, then I’m doing a great job. I also work with a number of bloggers to teach them how to become entrepreneurs and make money from their blogs.

Given all your experiences, what was the greatest challenge you had to overcome?
The greatest challenge I think anyone has, is getting over their pride. When I first moved to New York, I quickly realized you can’t be in this city without a friend. I had to be willing to ask for help. With the work I’m doing now, people think I’ve made it; but I’ve actually made it to the starting line, not the finish line. When you humble yourself, you realize you have a lot more work to do.

What drives you to continue building your business even when it gets hard?
I know this is where I’m supposed to be. There are no roadblocks in front of me except the ones I build for myself. It’s a hard place to really get comfortable in, especially when people make assumptions about you. People think because I work with Paul Brunson that I’m rich—but I’m not. I have to still maintain and make sure I tell myself, “This is for me. I can see it. I know I’m doing good work. I know that no matter what happens, I’m still me. I still know what

How have you managed to continue growing your business while being a single mom, and what advice would you give to other mompreneurs?
I don’t consider myself fully single because Joelle’s father is involved in her life. But our schedules don’t always work out where I can leave her with him, so there are times where she has to be in grown up rooms with me. When that happens, I have to ask myself: What’s important to me? Being embarrassed or getting the information I need? I know I’m setting an example for her. The knowledge she’s gaining gives her an advantage because I take her so many different places with me. I’m not downgrading having a husband, but I do appreciate the fact that she’s been in the rooms she’s been in. She’s going to have a different life than I had. 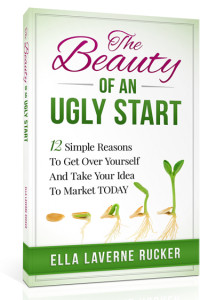 What’s next for Ella Rucker?
Now that I’ve written my book, “The Beauty of an Ugly Start: 12 Simple Reasons to Get Over Yourself & Take Your Idea to Market TODAY,” I want to focus on promoting its message. It’s about being bold and starting something before you think it’s ready, so you can get it out on the market and learn certain aspects of the business. I wrote this book because I work with so many people who seem to “have it all”, but I have the honor of seeing how ugly their seedlings start. The book is for those who have an idea to start something, but can’t move past the fear of imperfection to make the first move. I wanted to show others what that looks like and how beautiful their seedlings can become.

I’m also working on building my brand, doing more speaking engagements, helping other mentors, and really making sure Weekend Startup School becomes what I think it can be. I want to make sure that I give as much as I get, because I’ve gotten a lot.

Enter to win a signed copy of Ella’s book, “The Beauty of An Ugly Start: 12 Simple Reasons To Get Over Yourself & Take Your Idea To Market TODAY“ by leaving a comment below about how you’re going to be bold starting now and start something before you think you’re ready.