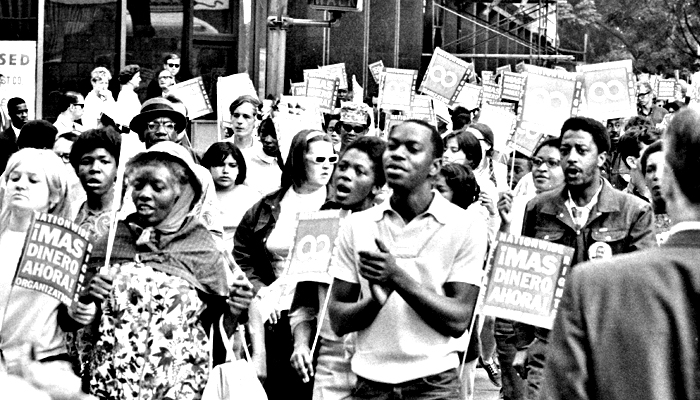 “Nonviolence is a powerful and just weapon which cuts without wounding and ennobles the man who wields it. It is a sword that heals. These words were spoken by Rev. Dr. Martin Luther King, the famed civil rights leader known for his inspiring work as a non-violent activist. This philosophy, however, was first adopted by a second-grade teacher from Baltimore, Maryland named Lillie Carroll Jackson. 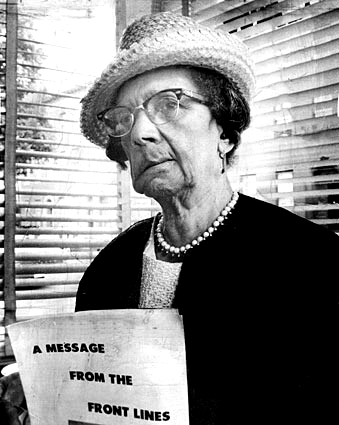 Affectionately known as the mother of the Civil Rights Movement, Dr. Lillie Carroll Jackson was one of those women who made things happen–no

fuss no excuses, just results. As the owner of several rental

properties in Baltimore she led the charge to revive and integrate the city’s parks and communal places. She also became the first African American women to practice law in Maryland after receiving her degree in 1950.

And, as if that wasn’t enough, during her 35 year tenure as president of the National Association for the Advancement of Colored People’s (NAACP) Baltimore chapter the membership grew to be the largest in the nation.

Under her leadership the NAACP’s Baltimore chapter was successful in integrating University of Maryland and the Baltimore police force, as well as equalizing salaries for Black and White teachers in Baltimore. In accordance with her will Jackson’s home of 22 years which was full of artifacts pertaining to her and others life work as activist and servants to the community, was turned into a museum in 1976. Now under the management of Morgan State University and the State of Maryland the newly restored museum, showcasing Jackson’s contribution to the Civil Rights Movement, reopened in June 2016.

Given the current state of racism in the United States, what actionable suggestions would you give to make a real impact on this hot-button issue? How do you think past Civil Rights leaders like Ms. Jackson would respond to the challenges we’re now facing in the U.S.?