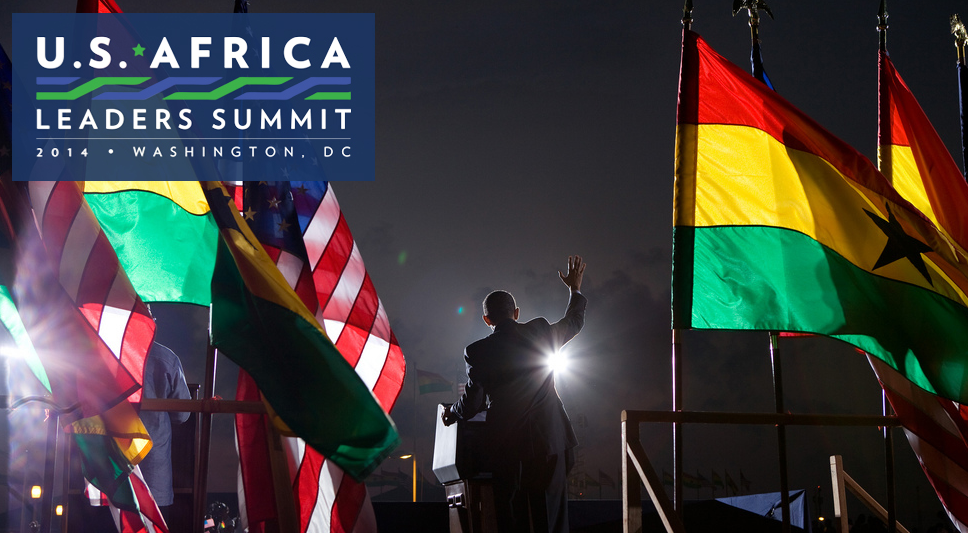 In a previous post, I discussed how—despite centuries of ignorance and negative imagery—Africa's narrative is changing for the better. President Obama's US Africa Leaders Summit is further proof that the change is overdue and inevitable, particularly in the US. It seems that China, India and the like already knew that though… Here's Part Two of the 10 Things That Are Changing Africa’s Narrative. If you missed Part 1, you can catch it here.

As a member of the Diaspora myself, I know the power that lies in engaging individuals who still have very strong ties to their homeland. In fact, the African Union (AU) has been trying to tap into this undervalued asset since they declared the African Diaspora the sixth region of Africa in 2006. (The continent has five official regions: North, South, East, West and Central.) When you think about the impact that influential Africans in the Diaspora have had—Chiwetel Ejiofor, Lupita Nyong’o, Iman, David Adjaye, Alek Wek, Dikembe Mutombo, Idris Elba, and the list goes on—it’s easy to see why the AU decided to adopt her scattered children to help it exploit the many opportunities for growth and development. Note: The AU’s definition of the African Diaspora incorporates anyone of African descent who lives outside of the continent and is committed to Africa’s development.

The advent of social media and the internet has completely altered the landscape of media forever. Gone are the days where you needed astronomically ridiculous budgets to create successful movies and sitcoms. With the popularity and accessibility of YouTube and increasingly affordable technology, you can now shoot your own high-traffic video and skip the major networks. That’s exactly what Nicole Amarteifio, the creator of An African City did. The web series, which has garnered more than one million views since its launch in 2012, has received tons of positive press for its role in helping to redefine the image of the African woman. Based in Ghana, An African City showcases five Ghanian women returning home to plant their roots and establish new lives. The women, who are worldly, witty and fashion-forward, completely go against the grain of the typical poverty-stricken stereotype of the African woman you’re used to seeing in mainstream media. Search YouTube and you’ll find that Africans from all walks of life are using this powerful medium to depict a very different image of Africa than you’re used to seeing.

Who would ever have thought that those $5 movies you bought at the hole-in-the-wall African joint in your neighborhood would have expanded into an industry that is beginning to rival that of Hollywood’s? African movies have come a looooong way since “The Gods Must Be Crazy” (one of my favorites). With improved technology, talented actors, savvy directors, growing budgets, and increasingly complex storylines, Nollywood movies are becoming a staple around the world. With roots in Nigeria, you can’t argue with this powerhouse industry that is churning out movies like The Contract, Last Flight to Abuja, and Black November, and making international celebrities out of what were once unknown African actors. With the introduction of IROKO TV several years ago, it’s now even easier to spend countless, (sometimes) mindless—but entertaining—hours watching Nollywood movies. These drama-laden glimpses into often lavish African life have gone mainstream.

I have a good number of friends who are tired of talking the talk and have decided to walk the walk when it comes to creating opportunities for individuals on the continent, while at the same time helping to change the perception of Africa. I have written about organizations like Shea Yeleen and Bambi Uganda Orphans before, as they are both organizations that not only work to provide a living wage to the women and youth who participate in their programs in East and West Africa; but, they also work to promote a more positive image of Africans as individuals who—given the chance—can fish for themselves. Instead of hand outs, let’s focus on a hand up.

I think out of all of the social media options out there, Twitter is my favorite for connecting with individuals who are making things happen on and outside of the continent. That's usually the first place I go for what's trending on Africa. If you throw in Facebook, Instagram and even Pinterest, you'll find yourself exposed to different facets of African life and culture that were once difficult to find information on. Thanks to social media and blogging, there's no longer an excuse to remain ignorant of the fact that Africa is not a country—nor did those of us who were born on or live on the continent grow up with pet zebras. Besides this blog, there are some other great blogs out there you should check out if you want to know what's happening re: Africa: Applause Africa, Ventures Africa, Africa.com, How We Made it in Africa, and Jamati Online, among others.


How do you think Africa's narrative is changing (or not)?