This One Book Could Help Save Your Relationship 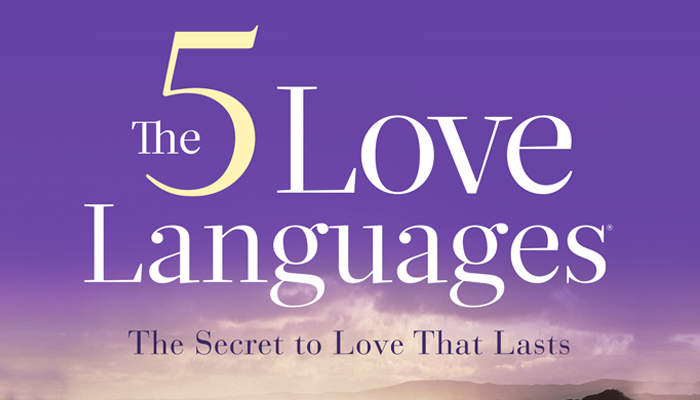 Several weeks ago, I was meeting a good male friend of mine for coffee after having not seen him for several months—except on Facebook. We caught up on what’s been happening in our lives and then got onto the subject of family and relationship with his wife. He has two adorable young boys and a wife he would lay down his life for. But when I asked him how his wife was doing, his answer shocked me: “Not too many people know this, but we’ve been separated for five months.” And then his voice began to break and his eyes welled up with tears.

he’d like: he only spent three months out of the year with his wife and children. The rest of the time, he was married to his business as a brilliant engineer; something that took him all over the world. When I asked him how his wife felt about this, he answered that she’d complained about it for some time.

So I asked him why he didn’t try to make the changes needed to save his marriage, his response was one that is typical of many men who are used to being the breadwinners: “I don’t understand why she doesn’t see how much I love her. I’ve bought her everything she’s ever wanted and provided for our family. All this hard work, everything I do, is for her and my boys.”

“Yes, but if what you’re giving her is material and what she really wants is your time, then you’re not speaking her language. You’re not hearing her when she tells you that she values you over the those things.” We went back and forth for about fifteen minutes

with my friend insisting that his material provision should be more than enough to show her how much he loves her. I finally asked him how important his work would be if, after everything was said and done, he achieved his professional goals without anyone to share those achievements with in his personal life. It took time, but after some convincing (and threats of bodily harm), I finally had him promise me that he would read The 5 Love Languages by Gary Chapman.

The 5 Love Languages is one of the most popular books on love that has ever been written, and when I read it two years ago, I understood why. The book’s premise is that

every one of us has a primary love language: 1) quality time; 2) physical touch; 3) acts of service; 4) receiving gifts; or, 5) words of affirmation.

If your mate is not speaking to you in your primary love language but in the one that they’re most comfortable with, you may begin to feel like they don’t understand how to love you. The interesting thing is, this theory works on every relationship in your life. In looking at my relationship with my daughter, I started paying attention to what her primary love language was: quality time. I noticed that once I began speaking to her more in her language, her behavior began to improve.

I am happy to report that I spoke to my friend recently, and he thanked me profusely for forcing him to buy the book. Having read through the first half of it, some light bulbs started to go off and it sounds like things are on the mend with his wife. I just know that this new perspective on love—if understood and put into practice—might be just what they need to breathe new life into their marriage.

In fact, this book can breathe new life into any relationship once you understand how to speak the love language of the person you care about—be it your child, mother-in-law, friend, or co-worker. (There are now different versions of the book available for different types of relationships in your life.) I’ve learned that the better you learn how to read people and communicate in a way that connects with who they are, the healthier and more loving your relationships will be.

What have you learned about how to communicate in the different relationships you have?

This article first appeared on www.blackandmarriedwithkids.com.

Are Your Kids Collecting Expensive Gifts on Your Guilt Trips?