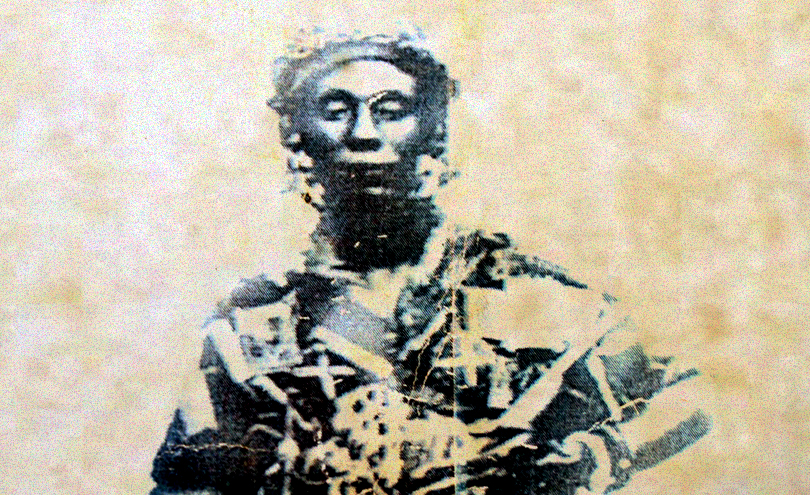 My sister is a big Disney Princess fan, and though she’s in her late twenties, she still indulges in all the fanfare of Disney Princess life. Her favorite princess is Mulan, a brave young princess who disguised herself as man, joined the military and led her country to victory in war. Mulan’s victory proved that women could be just as brave, fearless, and effective as men. Though Mulan’s tale has yet to be proven as factual, stories about women like her have existed throughout history.

One of my favorites is the real life story of Nana Yaa Asantewaa, Queen Mother of Ghana’s Asante people and one of the most fearless African warriors who ever lived.

Why she’s Bold & Fearless…
As Queen Mother, Yaa Asantewaa was highly respected and yielded power within circles traditionally dominated by men in her country. At the close of the Asante Civil War, which took place between 1883-1888, a council of elders met to plan their attack on British colonialists who’d captured the Asante king.

Seeing that many men were scared to carry out the plan, Asantewaa, one of the few women in attendance, denounced the men’s lack of courage and called for the women to rise up:

“Now I have seen that some of you fear to go forward to fight for our king… Is it true that the bravery of the Asante is no more? I cannot believe it. It cannot be! I must say this: if you the men of Asante will not go forward, then we will. We the women will.”

Her powerful words challenged the men to fight under her leadership in the historic War of the Golden Stool, the last major war led by an African woman. Today the story of her courage and leadership is taught throughout primary schools in Ghana as an inspiration to young girls. We hope it’s also inspired you to summon the courage to fight for what you know is right.

What other fearless women in Black history have you been inspired by and why?