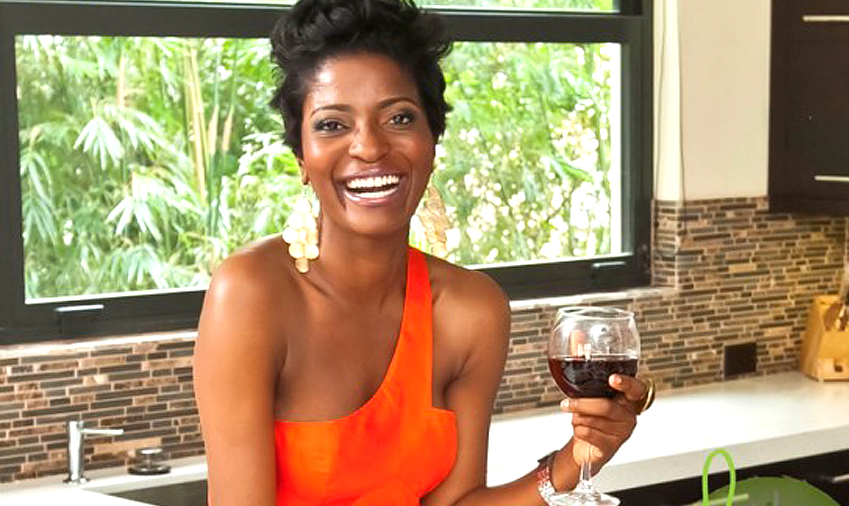 When one thinks of African chefs, Marcus Samuelsson and Roble are the ones that usually come to mind.   Although they are very good at what they do, they more often than not cook more western meals with an African touch to it. Enter Yetunde Taiwo Shorters, a Nigerian-American PR maven and foodie with a passion for entertaining and cooking, who has taken African food and made it sexy.  From the pounded yam and spinach with melon sauce, to the yam porridge, jollof rice and fish cakes, one only has to look at her plated African dishes to know that she is really talented.

What started as a hobby has grown into a brand that is beginning to make waves in the cooking industry. Initially she would make a meal and then post the plated item on Facebook.  As comments and questions about the food she was posting grew, she realized that this was an underserved niche. This was confirmed when an editor of an international magazine reached out to her asking if she would write a food column.

Afropolitan Chef is her brand, a cooking show, and a cookbook that allow you to follow along and learn traditional African meals in easy-to-follow steps.  Along the way, she provides an education on the history of African food origins and the different ways that can be prepared and served. She also shares information about the  history and customs of Africa to help provide better

insight into different countries in Africa and the reason for their different cultures.  She encourages supporting your local markets by shopping at them, and writes about the items in her meals that make the food she cooks so healthy and tasty.

As Yetunde puts it in her interview on Spice Baby, “Afropolitan Chef is a cooking show/concept that explores the eating habits of a truly Cosmopolitan African. A person strongly rooted in Africa with its customs, traditions and beliefs, but influenced by the West and is truly a

citizen of the WORLD. It is a hybrid of African inspired meals infused with spices, flavors, techniques from other parts of the world.”

In 2014, she published her African-inspired cookbook “Love with Food : African-Fusion Meals Made Easy.” The book features recipes such as jollof rice with baked chicken, spinach sauce with Eba (made with cassava), sweet potatoes and pan-seared tilapia fish, wine seared steak with couscous and more. Check out her video below and head over to her Afropolitan Chef blog to stock up on new flavorful recipes inspired by Yetunde’s West African heritage and travels around the world.

What are some of your favorite ways to infuse flavor and culture into your food?