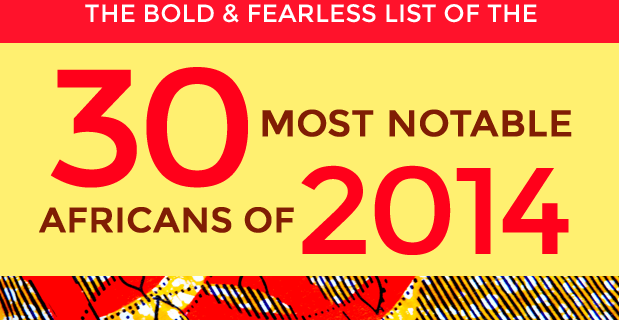 Now in its second year, our popular Bold & Fearless Notable Series Africans (aka BFNA30) is once again bringing you Africa’s best and brightest! We’re committed to showcasing positive stories of Africans on the continent and in the Diaspora who are making an impact in their communities, countries, and the world. This year’s lineup will inspire you pursue your own greatness as you read about how they walk in theirs. Many thanks to our friends at Konnect Africa for helping to source some of these great stories. See something you want to share on social media? Use hashtag #BFNA30. So without futher ado, I present our first ten changemakers… 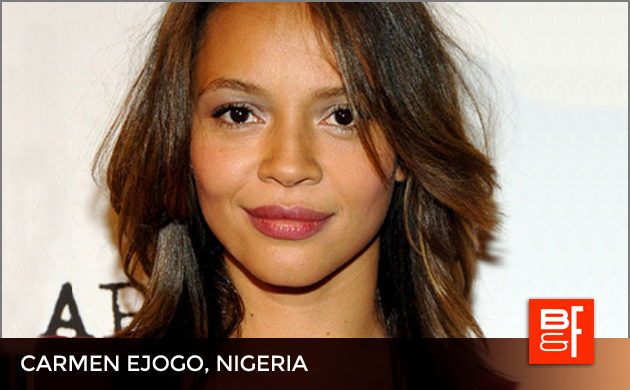 Born to a Nigerian father and a Scottish mother, Carmen Ejogo has been on the acting scene since 1993 as a teenager on London’s Saturday Disney morning show. But what she’s getting the most attention for of late is her brilliant portrayal of the powerful Civil Rights legend, Coretta Scott King in 2014’s Academy Award nominated Selma. Featuring a stellar cast with David Oyelewo (a 2013 #BFNA30 lister), Oprah Winfrey, Tim Roth, and savvy director, Ava Duvernay, Selma tells the story of Martin Luther King, Jr. and his followers’ fight against injustice during the height of the Civil Rights Movement. No stranger to the big screen, Ejogo has starred alongside notable actors such as Eddie Murphy, Martin Lawrence, Tyler Perry, Whitney Houston, Tika Sumpter and Jordin Sparks. In 2001, she mastered her first portrayal of the late Coretta Scott King in the movie, Boycott, where she got to meet the still-living Civil Rights legend who gave her her blessing for the role.
Why she’s inspiring: Ejogo doesn’t shy away from taking on tough, historical roles and handling them with grace, passion and a commitement to authentically representing the characters she embodies. Some could say that her portrayal of Thomas Jefferson’s slave mistress in 2000’s Sally Hemings: An American Scandal helped set the stage for her stellar performance in Selma. We look forward to seeing what this talented actress puts her hands on next. Keep shining Carmen!
Follow Carmen on Twitter. (Photo from Twitter)

1994 was the year that every Rwandan will always remember and every living human should never forget. It was the year that an estimated one million Rwandese citizens were murdered in little more than three months. Justus Uwayesu was only three years old when his parents were killed in the genocide that left him and his brother orphans. His survival of the genocide, in and of itself, was a miracle. Then to be forced to walk miles on foot in search of food, only to find yourself living on the outskirts of Kigali (Rwanda’s capital) in a huge garbage dump with hundreds of other orphans for several years, was unimaginable. There were days on end he would go without food. And the food he did get was mixed in with discarded garbage from nearby establishments. It was the kind of life in which hopelessness and despair were constant companions. Then in 2001, fate smiled upon Uwayesu when Clare Effiong, founder of Esther’s Aid (an organization that helps needy and abandoned children) convinced Justus to come with her to her orphanage and get his education. And the rest, is history. Justus, having proven himself a brilliant scholar from the time he started his formal education, was accepted to Harvard University in 2014 with a full scholarship. He is passionate about inspiring others not to ever give up on their dreams.
Why he’s inspiring: Despite losing his family in the genocide and being homeless and hungry in ways many of us could never imagine, Justus has managed to stay focused on his bright future. In fact, as a way of giving back to others in need, he created an organization with his classmates to help provide the resources for poor youth to continue their education. In a speech to his fellow classmates, he stated: “We know that it’s not what we say that matters the most, but what we do. It’s not how big our dream is, but what we do to achieve our dreams and our ultimate goals…”
Follow Justus on Twitter. (Photo from Google+) 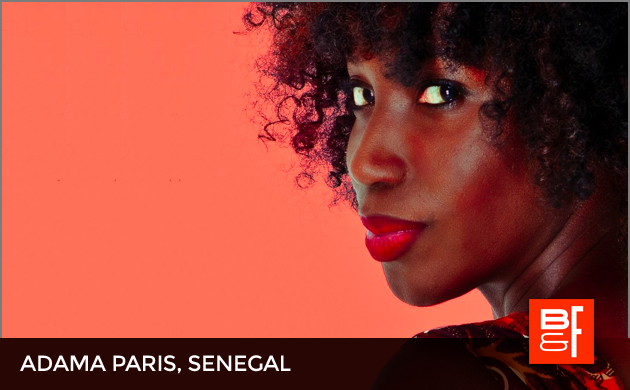 The name Adama Paris is synonymous with high fashion in Senegal, West. Not only did this style dynamo rise up the ranks in a competitive industry and make a formidable name for herself—her work has been featured on runways and in publications around the world—she also has no problem standing up for what she believes in, especially when it comes to beauty. In some countries in West Africa, a whopping 77% of women use dangerous skin lightening creams to help them imitate the standards of European beauty. Senegal is no exception. However, instead of bowing to the pressure of promoting European standards of beauty during Dakar Fashion Week which she founded in 2002, Adama—in a highly publicized move—she banned skin-bleaching models from her catwalk calling bleaching a “turn-off” and stating that she wants to teach models to like themselves. She received a great deal of support for her decision and continues to promote the beauty and talent of her fellow Africans.

Why she’s inspiring: Besides creating beautiful clothes with a contemporary urban flair, Adama is also the founder and producer of many fashion events including Black Fashion Week in Prague, Paris and Bahia and Montreal. But she hasn’t stopped there: Adama and her team launched Fashion TV Africa in 2014. She is committed to promoting entrepreneurship for women in Africa, as well promoting the beauty and talent of her fellow Africans. Her aspirations can be summed up in this quote: “I want people to see we have great designers. And that’s what I’m going to show—Africans wearing African clothes. Fashion made in Africa by Africans.”

Julian B. Kiganda is a passionate creative, expert brand builder, published author and founder of Bold & Fearless. A native of Uganda and Rwanda, she has 15+ years of experience as a multicultural design and communications expert. She’s created powerful brands for clients such as the African Union, Turner Construction, and the Freedom House Museum. Julian and her work have been featured in numerous media including: The Washington Post, ABC News, NBC4, FOX5, Associated Press, Communication Arts, Huffington Post, NPR, and ARISE Magazine. In 2014, she co-authored and published her first highly-acclaimed book, “Whose Shoes Are You Wearing? 12 Steps to Uncovering the Woman You Really Want to Be,” and is on a mission to empower women to walk boldly and fearlessly in the shoes God made just for them! 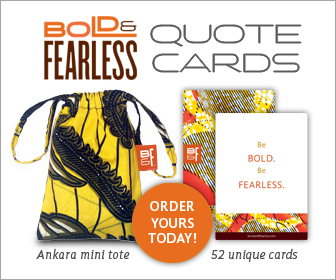